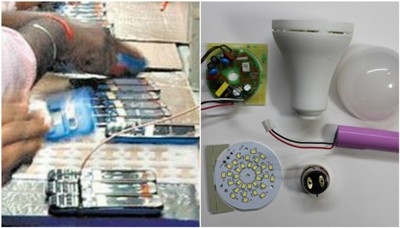 Will We Remain The Screwdriver Economy Forever?

Will We Remain The Screwdriver Economy Forever?

The government has moved the import of fully built television sets to the restricted list. This means that anyone importing the same in India would have to apply for an import license. It is also thinking of putting toys, furniture and sports goods under the restricted list. Ostensibly, it is being done to promote local manufacturing in line with Prime Minister Modi's vision of atma nirbhar Bharat and Make in India. It is, on paper, a very noble initiative as it will promote local brands, bring in investments and create jobs.

But there are several things that need to be considered before any such policy change can be regarded as good. The first and foremost fear is that it will bring back the dreaded, and inhibiting, license-permit raj. Second, in the absence of local manufacturing of components, India will become the assembling destination of the world. Fully built items placed on restricted import lists will now be imported in completely knocked-down (CKD) or semi knocked-down (SKD) kits and will be assembled in workshops (it will be a misnomer to call them factories) here. All that will be needed will be soldiering irons and screwdrivers. Do we really wish to be an economy that survives on such activity? It also results in loss of revenue for the government as imported SKD kits in many sectors attract little or no duty while the import finished product brings huge revenue. Finally, it is against the government's stated objective of aligning the Indian economy with global supply chains.

Local manufacturing will not be encouraged by banning fully built products. Instead, the manufacture of components that go into making these products must be started in India. Tariff and non-tariff barriers are self-defeating, even crushing, in the long term in the absence of local manufacturing from the component level. They either encourage assembling from imported components (thereby increasing the cost of the finished products to the disadvantage of the end-buyer) or the making of shoddy, uncompetitive products that have no export potential.

The government must not ban fully built products until India starts making components and then the final products all on its own. The government's efforts in attracting FDI should be in the area of encouraging component manufacture for such essential and fast-selling items with huge export potential as computer and mobile phone chips, memory cards, hard disks and other components or LCD screens. Once these components are manufactured in India leading to the local sourcing and assembling of the same by brands, only then can we truly say that Make in India is successful. Until then, we will remain a nation of CKD and SKD kits importers and assemblers.