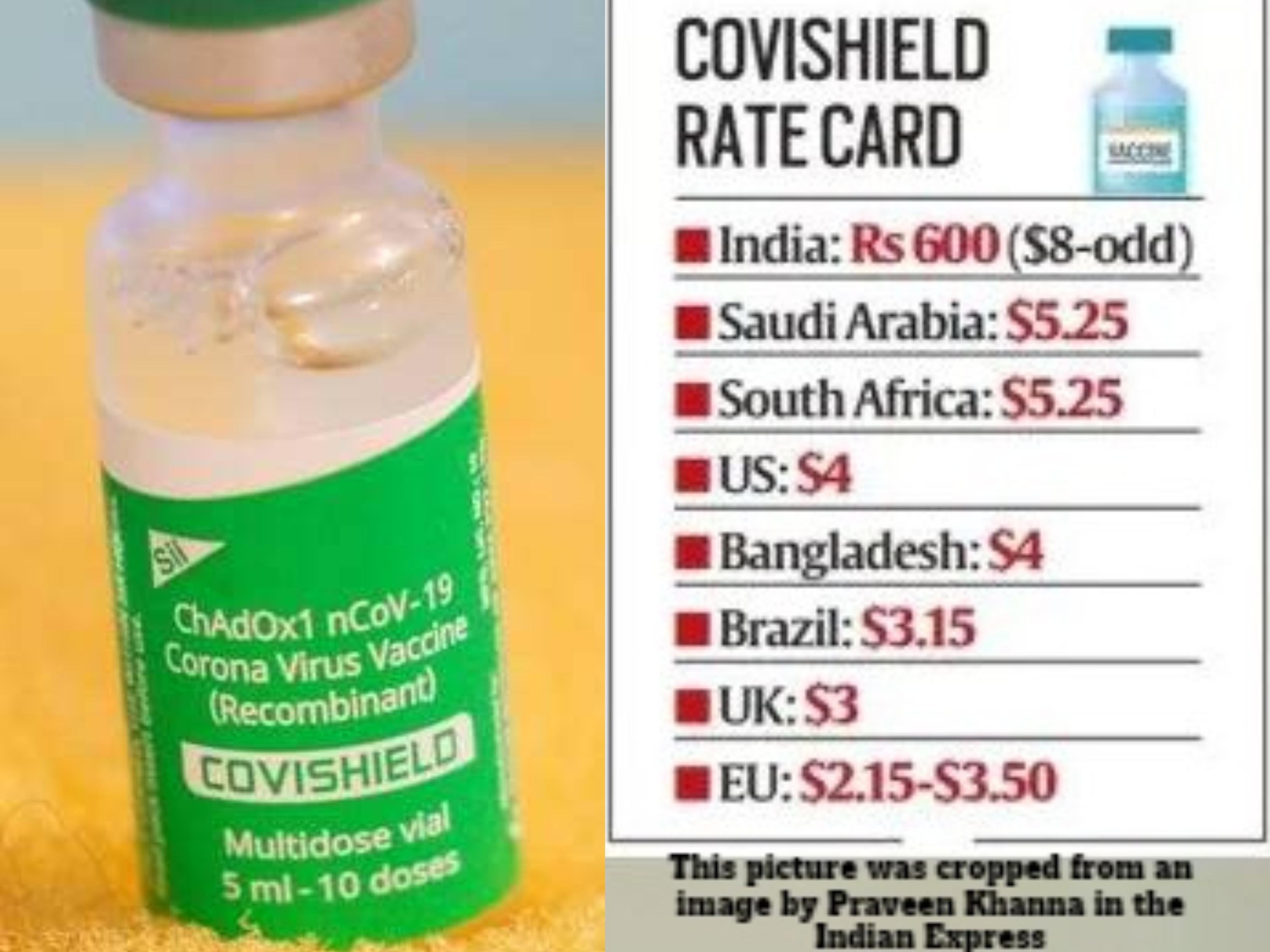 Will Serum Institute Profiteer By Selling To States And Private Hospitals At The Stated Rates?

Will Serum Institute Profiteer By Selling To States And Private Hospitals At The Stated Rates?

Indian Express has reported that Serum Institute is going to sell the Covishield vaccine (developed by Oxford University and AstraZeneca and being contract-manufactured in India by Serum) to private hospitals in India at the world's highest rate. It has made a rate chart (see lead picture) which shows that while the vaccine is available all over the world at between $ 2.15 (Rs. 162 in the European Union) to $5.25 (Rs. 395 in South Africa and Saudi Arabia). Serum has said that it will sell at Rs. 400 per dose to state governments and at Rs. 600 per dose to private hospitals. Although it had sold the first 100 million doses to the Central government at Rs. 150 per dose, Adar Poonawala, the CEO of Serum had stated at that time that the final price for private markets would be Rs.1000 per dose. Yet, the company had said that it was making a small profit even while selling to the Centre at Rs. 150 per dose.

So is Poonawala not the angel he first seemed when his company took a calculated gamble and produced the vaccine "at-risk" even before it was approved and supplied the shots immediately when they were approved at probably the cheapest rate in the world? Should he and Serum be allowed to get away with making huge profits by now supplying the shots at prices much higher than other countries pay, especially when the Centre has ploughed in Rs 3000 crore as advance payment for it to ramp up production? This is interest-free tax payers money Serum is getting and it should keep this in mind before fixing the rates for the shots.

India is a huge market. If Covishield can be supplied between Rs 162 and Rs 300 per dose in the European Union and UK, one feels that anything between that should be the rate at which Serum should supply to both the Centre and the states. It can charge a little extra for private hospitals. Ideally, the Centre should negotiate a combined rate for itself and the states and it should not be more than Rs. 250 per dose. Serum can then price the doses at Rs. 300 for private hospitals. Making profits is the right of all commercial entities and Serum should be allowed to make reasonable profits for its enterprise. But profiteering cannot be tolerated, not even in normal times let alone in a pandemic.