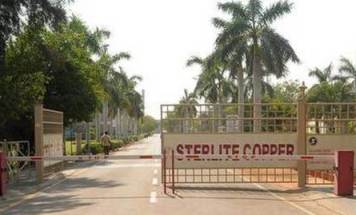 Linus tackles things head-on. He takes sides in his analysis and it fits excellently with our editorial policy. No 'maybe's' and 'allegedly' for him, only things in black and white. View all posts by this Author
Allowing a factory to open and exist for several years, not keeping a close watch on whether it is complying with all statutory provisions including pollution norms and then ordering its closure under public pressure is not good policy. What the Tamil Nadu government has done by closing down Sterlites plant at Thoothukudi in Tuticorin district is a populist and short-term response bordering on washing its hands off the matter. It may please a handful of people but it will result in a loss of thousands of crores of rupees and more than 50000 jobs in the main plant and upstream and downstream industries dependant on it. But more than that, it will make investors think twice before setting up factories.

It is no ones case that factories that pollute should be allowed to operate. But closing them, or relocating them, will not solve the problem. The government should not allow a mob to guide its policy but engage all stakeholders to rectify the problem. The local residents allege that Sterlite has not followed pollution norms and consequently the groundwater in the area has been rendered undrinkable. This is a serious charge and if true, reflects poorly on those officers entrusted with ensuring that factories stick to pollution norms. But what should be done now?

First of all, if the charge is true then those officers should be identified and punished for dereliction of duty. Then, Sterlite should be fined the maximum amount permitted by law. After that, it should be ascertained with expert help how the ground water can be treated to make it drinkable. Sterlite should be made to bear all expenses from enquiry to treatment of groundwater. Finally, it should also be ascertained what can be done to ensure that the plant can be kept in operation and the effluents it releases are treated in such a manner that they do not pollute the region. This should not only be limited to groundwater but should include air and sound pollution too.

At all stages of this corrective measure, the government must involve all stakeholders like the Sterlite management, the local administration, the Pollution Control Board, representatives of the people and NGOs working in the area, along with experts in the field. The people should be educated regarding the availability of measures that can eliminate pollution. Any decision taken to keep the factory open without the involvement of the people will lead to more protests in future. If everything works out, the factory should be allowed to run for a trial period of one year. Quarterly checks on pollution must be made by a committee including representatives of the local people. At the end of the year, pollution levels must be checked again thoroughly. If improvement is not seen, one more chance must be given to make adjustments as per expert advice and three months extension must be granted. If things do not work out by then, a permanent closure can be ordered. But permanently closing a factory under public pressure is a dangerous precedent and will lead to many more such protests, most of them without strong basis and some of them mischievously motivated. We will have to bid Make in India goodbye then.