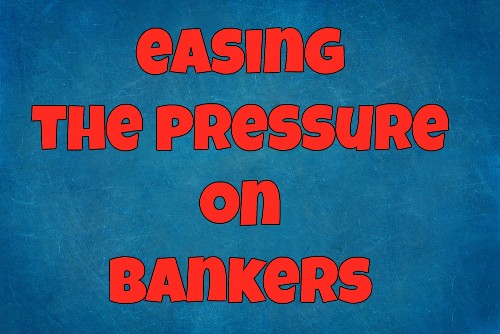 Will Bankers Now "Lend Without Fear"?

Will Bankers Now "Lend Without Fear"?

The spate of well-publicized big-ticket loan defaults in public sector banks (PSBs) in the last couple of years and the subsequent inquiries by the CVC, CBI and CAG had made bankers jittery in handling such cases. No senior banker was willing to take a risk that could subject him or her to a witch hunt when the difference between genuine commercial failure and culpability or corruption on part of bankers was not spelled out clearly. Further, when the MD and CEO of the bank were made directly, and personally, responsible for the actions of officers down the line, the fear went right up to the top. It made for a scary scenario to find bankers not willing to sanction or disburse loans for big projects and files being held up. Not only that, but the bankers had also refused to take large, but necessary, haircuts while recovering part of the dues under IBC for the fear of being charged with impropriety.

Hence, the government has done well to allay some of these fears. Finance Minister Nirmala Sitharaman had told bankers a couple of weeks ago to "lend without fear" but words have ceased to have meaning in a situation where hundreds of top bankers are being investigated for culpability. It is good that the government has now followed up on the FM's exhortation to bankers and will modify the 2015 framework on large value frauds. It has announced that the MD & CEO would no longer be held personally responsible for large value loan defaults. It has delegated powers to the boards of banks to devise a suitable mechanism that would ensure compliance with the RBI and CVC guidelines in this regard. But more than shifting the responsibility to the board what is required is putting in place better risk management and monitoring systems in PSBs. This calls for structural changes in the banking system.

Concurrently, the government has announced the setting up of the Advisory Board for Banking Frauds (ABBF) to be set up by the Central Vigilance Commission. The ABBF will consist of finance professionals who understand the way lending decisions in banks are made (as opposed to some sleuths in CBI or even CAG who suspect any and everything). It will vet the delinquency in large value loans (above Rs 50cr) and act as a parallel vetting body as instructed by the Department of Financial Services. Inquiries in suspected frauds would start after vetting by ABBF. The government must ensure that the ABBF includes bankers from all specialized areas of banking so that it can take proper decisions. The government has also instructed banks to spruce up their internal vigilance mechanism by setting up officials' panels to speed up such inquiries. Hopefully, all this will translate into easing the pressure off bankers and they can now concentrate on taking informed and sound banking decisions and can now truly "lend without fear".