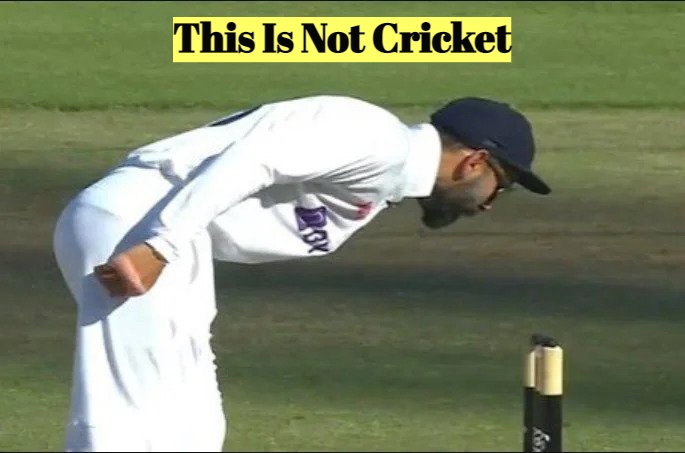 What Were The Indian Players Trying To Prove?

What Were The Indian Players Trying To Prove?

When Dean Elgar got a reprieve through DRS, Team India was not amused. Nor was on-field umpire Marais Erasmus, who had given the original decision. While Erasmus just uttered "looks impossible", the India players let go of their disappointment by making some colourful and disparaging comments. While K L Rahul was caught by the stump mike saying that the whole country was against 11 guys, skipper Kohli asked Supersport (the broadcasters) to find better ways to win. Other players were also caught muttering by the stump microphone. The situation was getting out of hand as the Indian players felt 'cheated' by the decision.

But once the cricketing world, including the BCCI, have accepted the DRS system and the use of technology to review on-field decisions, is it good to show dissent against such decisions and worse, impute motives? If the review showed that the ball was missing the stumps, that is it. It is wrong to suggest that someone could have tampered with technology to doctor the ball's probable trajectory, which is what "find better ways to win" can be construed to mean.

The technology is same for both teams and  the replays would have produced exactly the same result if the review was for an Indian batter. If someone believes otherwise, he should not be playing the game. It was disgusting to watch the way Kohli deliberately went to the stumps and bent down to say what he wanted so that it was properly recorded.

The match referee is going to take a hard look at the 'tantrum' displayed by the Indian team and will definitely fine captain Kohli and some of the players as per the rules. It lowers the dignity of the game if players protest in this manner against accepted norms and umpiring decisions. Disappointment and frustration should be countered by upping one's game and not by throwing tantrums.