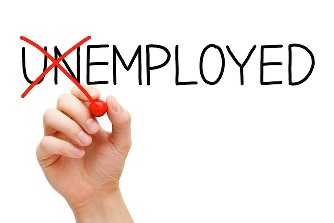 What Exactly is Unemployment?

What Exactly is Unemployment?

Holding an extreme view and carting the ball out of the park is what interests him most. He is a hard hitter at all times. Fasten your seatbelts and read. View all posts by this Author
Before starting this article, three things need to be clarified. One, any kind of gainful employment technically makes one employed and he or she cannot be termed unemployed, for one of the definitions of employment is an occupation by which a person earns a living. Two, if one has studied for a course and has obtained a degree or diploma; one would normally expect to be employed in a manner which makes use of that degree or diploma. Finally, a government job is not the only criterion for taking away the unemployed tag.

These clarifications were necessary because across the country, people consider themselves unemployed if they do not have a government job. Employment exchanges are full of applicants who are actually employed in the private sector or are running their own businesses but have not taken their names off the roster in the hope of getting a government job. In that sense, unemployment figures in India are highly bloated.

Ideally, if a person has studied to be an engineer but is employed as a clerk in the absence of an engineering job, he has reasons to be unsatisfied. But is he unemployed? Obviously it is the failure of governance if new jobs in the engineering field fail to keep pace with the number of new engineers being churned out by the mushrooming institutes, but an engineer working in any other capacity is not unemployed.

Finally, much is being made of the selling pakodas remark of the prime minister. Maybe he used a wrong analogy, but what he perhaps meant to say was people who claim to be unemployed are gainfully employed doing whatever comes their way. Although it was not an ideal situation for the educated, it still made them make ends meet. Perhaps the prime minister is not able to understand the frustration one encounters when one has to sell pakodas despite having an engineering (or any other) degree. But he has made a valid point about what constitutes unemployment.