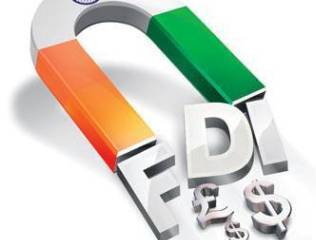 Welcome Moves On FDI But Lots Remains To Be Done

Welcome Moves On FDI But Lots Remains To Be Done

The government has initiated a series of measures to reverse the economic slowdown and lack of investment inflow. The domestic investment scenario is largely dependent on a surge in demand, but ever since the trade war between the US and China has intensified, FDI in India has assumed importance. Companies looking to shift manufacturing base from China can look at India provided it eases its restrictions. Hence, the government has announced several measures to attract FDI. It has opened commercial coal mining, as also sale of the mineral, for 100% FDI through the automatic route. (Although 100% FDI was allowed in coal mining, it was only for captive consumption). It has also allowed 100% FDI in contract manufacturing. 26% FDI is now allowed, with prior approval, in digital media. Among other measures, sourcing norms for single brand retail have been relaxed with all local procurement counting towards the limit, a five-year combined window to meet the requirements and exports by such entities merged with local sales. These units can also begin operations as online sellers before going for brick-and-mortar stores.

The decision to open coal mining to 100% FDI is welcome. Despite having the largest deposits of coal, India is the largest importer of the black mineral. This is because lack of modernization in coal mining leading to non-optimal use and sub-standard products. Hopefully, FDI will bring latest equipments and techniques to allow better mining. But the government also needs to rectify the mess in the power sector that is the biggest consumer of coal. Electricity boards and companies are unable to pay timely and this will prevent foreign companies to look at coal mining for investment.

If foreign companies will shift base to India, not all of them would seek to establish factories on their own. They will look at contract manufacturing as an option. Hence, the decision to allow 100% FDI in contract manufacturing is welcome. It will allow the companies to select local partners better placed to deal with local authorities and rules, invest in technology to allow them to set up the units and buy the products. This will allow them complete ownership control and hence control over the quality of the produce. This decision will definitely amount to ease of business and will attract investment.

The situation was turning alarming with foreign investment inflows going down steeply. India cannot let go of this opportunity when companies are looking to leave China. With many of them looking at Vietnam (Google has already shifted its Pixel mobile manufacturing base there) and Thailand, India needed to ease the restrictions to attract them. Although a lot still needs to be done, a beginning has been made. The government must move fast to address the other concerns of these manufacturers before they decide on some other location.