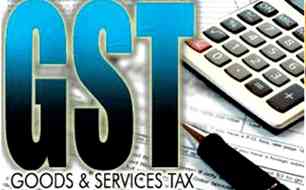 Welcome Move To Seek Suggestions For Systemic Overhaul Of GST

Welcome Move To Seek Suggestions For Systemic Overhaul Of GST

The government has decided to set up a 12-member committee to suggest a complete overhaul of the GST system. This was long overdue. The GST was applied in haste when it was still work in progress. There were several flaws and shortcomings that crept in. Some major ones have been taken care of in the subsequent meetings of the GST Council, but other more serious ones have been discovered through the actual application of the tax regime over the years. These shortcomings have allowed unscrupulous businessmen to avoid compliance, evade taxes and even make use of the input tax benefit to commit serious fraud by raising false bills or use the inverted duty structure to pay less than due.

Hence, the decision to set up the committee is welcome. The committee needs to suggest a complete systemic overhaul of the GST regime through feedback from all the stakeholders. Since the GST has replaced a plethora of taxes, it has become the only source of revenue for both the Centre and the states, except for a few sectors. Hence, leakages have a serious effect on revenue generation and thus prevent governments from spending on nation-building.

The loopholes need to be plugged. Compliance needs to be improved by making the system simpler. Reporting has been made much simpler than it was when the system was introduced but if there is scope, it should be further simplified to ease the burden on small traders. Cross-platform tax structure (especially import duties) and rates need to be revisited to do away with the incentive to juggle bills provided by the difference in rates.

Although the system looks foolproof as both purchase and sales invoices need to be uploaded facilitating cross verification and easier detection of fraud, umpteen cases of taking undue benefit of input tax by raising false bills have come to light. The government has lost crores due to this. This is one area where the committee needs to suggest tighter monitoring through set procedures and red flags must be inbuilt in the system to detect such fraud.

No system can be absolutely foolproof as there always be ingenious minds who will find a loophole. But the system should be made so robust that such loopholes can be identified when the first person takes advantage of it and plugged before any serious leakage. That should be where the committee should apply its mind and come up with strong suggestions.