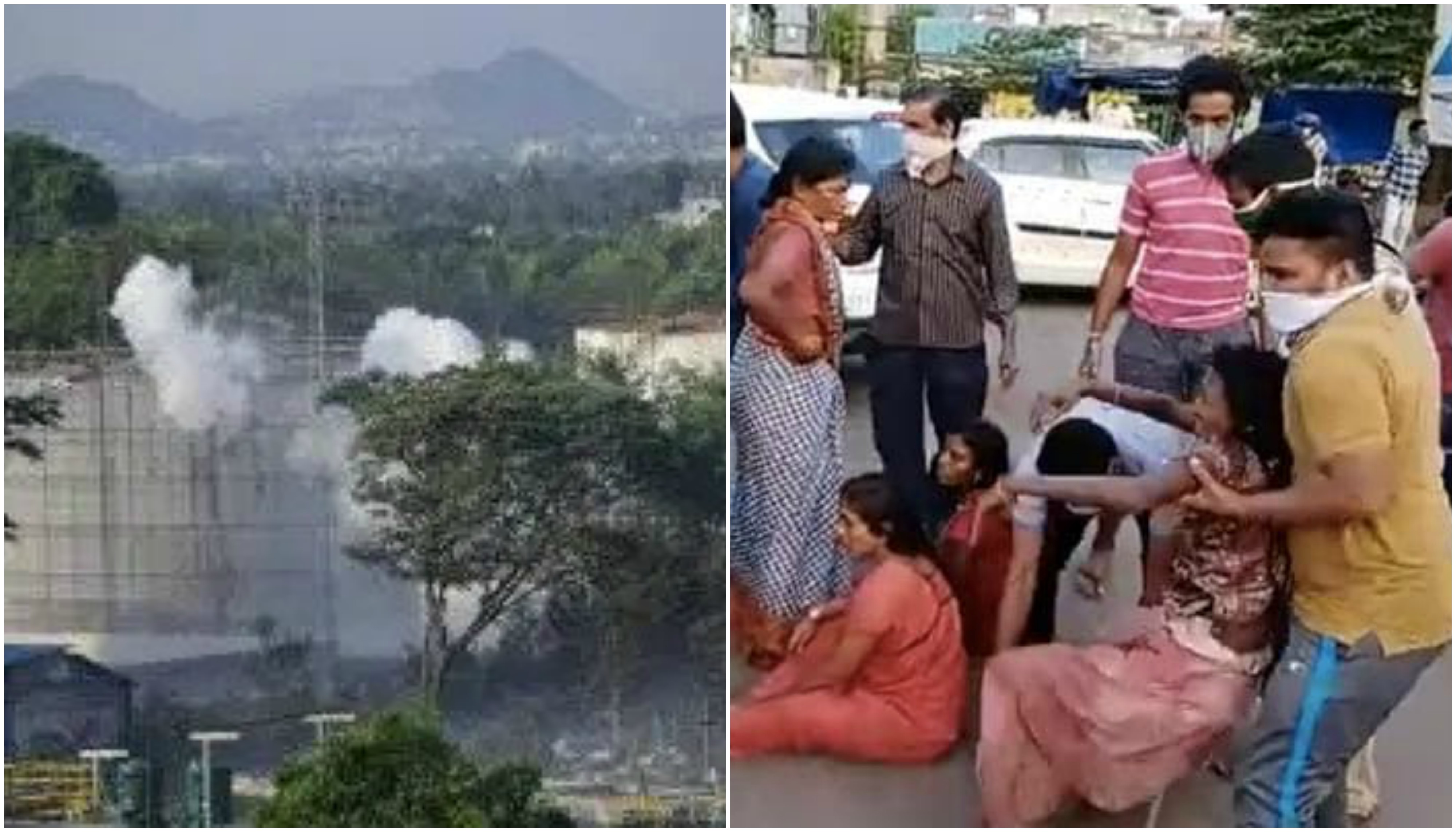 Visakhapatnam Gas Leak: Need To Be Vigilant And Ensure Just And Quick Compensation

Visakhapatnam Gas Leak: Need To Be Vigilant And Ensure Just And Quick Compensation

As if dealing with the pandemic was not enough, Indians woke up yesterday to hear about a horrifying and deadly industrial accident at Visakhapatnam. Styrene gas leaked out of the LG Polymer plant at Vizag and the consequences were disastrous. 11 people died, hundreds were hospitalized and thousands of others were affected. Cattle and animals, even street dogs, cats and rodents, died too. Trees were also affected. Survivors said that the gas had a debilitating effect and people collapsed where they stood and had great difficulty standing up again. Affected people complained of nausea, vomiting, headache, rashes and irritation in the eyes. Some lost consciousness. The police have booked the company for culpable homicide.

Although the Vizag incident was the biggest industrial accident in recent times, resumption of industrial activity has seen a spate of smaller accidents all over the country. Industrial units, especially those using hazardous chemicals or gases whose leakage or seeping is likely to spread over a large area and affect thousands of people, need round-the-clock maintenance. The lockdown has meant that most of these units were shut for not less than 40 days. There was no maintenance during that period. Now that they are slowly resuming operations, they are doing so with only the bare minimum maintenance staff in attendance. Somewhere, these units are cutting corners in priming up their main machines and secondary input units in order to start operations as fast as possible.

It is quite possible that the gas storage facility and the pipelines that supplied it to the plant at the LG Polymer plant in Vizag were not checked thoroughly before they were made operational. It is being reported that the refrigerating unit that kept the liquid form of styrene at 20 degrees (above which it gasifies) malfunctioned and consequently the styrene evaporated. The government acted with alacrity and dispatched a chemical and biological team of National Disaster Response Force (NDRF) from Pune. The team managed to plug the leak and is now engaged in supporting the local administration in providing rescue and relief assistance to the affected people.

An inquiry will obviously be held to fix culpability, but the main issue is that there must be a protocol in place for industrial units resuming operations after a long closure. They must be asked to ensure thorough check-up and complete overhauling (not the one that is prescribed under normal running conditions) of all machines and storage tanks and other facilities on the premises. There should be a gap of a week or 15 days. or even more, (depending on the size of the unit) between the day the unit is sanctioned to resume operations and when it actually starts production. This time should be utilized by the company to get things ready in such a way that the possibility of accidents is negated. The unit must be made to obtain a clearance certificate from the area factory inspector in this regard.

In the instant case, all those affected must get just compensation and this must be done within three months. The case must not linger on like the Bhopal gas tragedy. Although the ambassador of South Korea (LG Chem Ltd. is South Korea's biggest petrochemical maker) has expressed shock and grief at the accident, the country must take full interest in making the company pay for its lapse. The Centre must also act fast and should ensure compensation reaches the right people without delay as they are already suffering the consequences of loss of salaries or income due to the lockdown. Some locals have begun demanding the closure of the plant in the wake of the tragedy. That is not the way out. Instead, we must ensure that industries invest properly in maintenance and safety equipment and carry out drills to prevent accidents. There must be a strict protocol in place to prevent accidents. The local administration must also conduct periodic and surprise checks to ensure compliance. Accidents like the one in Vizag are unfortunate but that does not mean industries should close down plants to prevent them. Also, to ensure affected people are not made to suffer endlessly, an amount must be prescribed and must be paid immediately to the affected people under such circumstances, pending a decision on the actual compensation after the inquiry.