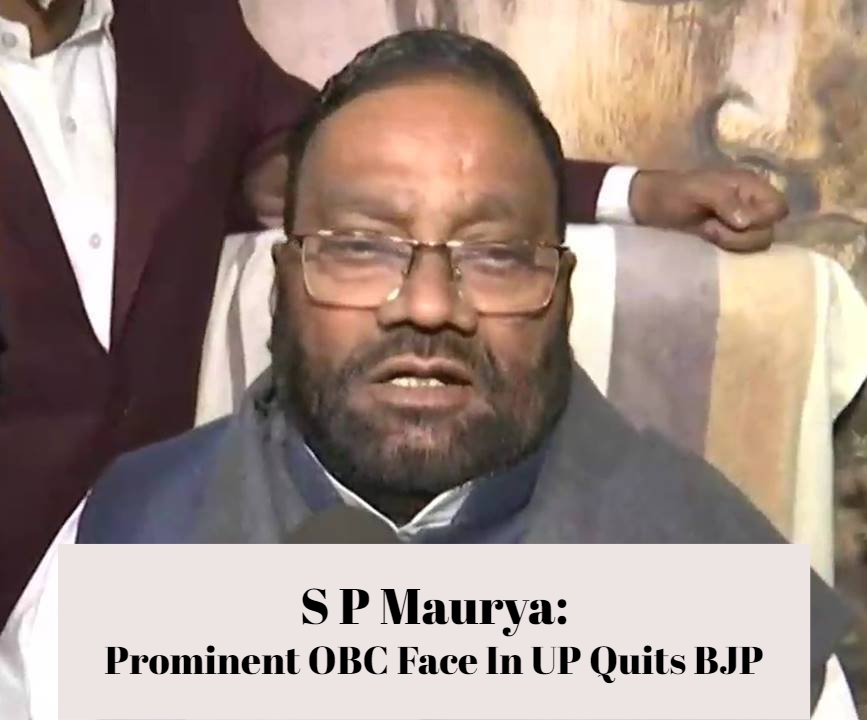 In a major setback ahead of the polls in February, the BJP in UP was rocked by the resignation of state cabinet minister Swami Prasad Maurya, a prominent non-Yadav OBC politician who had joined the party in 2017 after leaving the Bahujan Samaj Party (BSP). Maurya, however, did not say whether he had resigned from the party but claimed that more than 10 MLAs would follow him. Later in the day, three other MLAs, Brijesh Kumar Prajapati from Tindwari in Binda, Roshanlal Verma from Tilhar in Shahjahanpur and Bhagwati Sagar from Bilhaur also resigned from the party. All of them are likely to join the Samajvadi Party(SP).

S P Maurya's resignation is likely to hit BJP hard as he was the most prominent OBC face and central to the party's policy of uniting all non-Yadav OBCs. Maurya's daughter Sanghmitra is a BJP MP from Badaun. He said that he was forced to quit as the BJP had displayed gross negligence towards Dalits, farmers and backwards.

While Maurya's desertion will upset the BJP applecart by destroying the carefully crafted caste arithmetic, if he joins the SP it will solidify the same for Akhilesh Yadav's party. Away from media glare, Yadav has been quietly building together an alliance of backward classes (much like what Amit Shah did from 2014) and Maurya will be a prized asset for him. Yadav hopes to turn the tables on the BJP by getting his caste arithmetic right and combining it with Muslim votes.

For the BJP, already facing huge anti-incumbency and not willing to replace Yogi Adityanath as the face of the party, it will be a difficult road from now on. There are too many voices of dissent and if leaders start deserting, the voters will not be far behind. Although the opinion polls predict that the BJP will come back with a reduced majority, these new developments need new opinion polls to gauge the public mood as caste is a huge factor in UP polls.