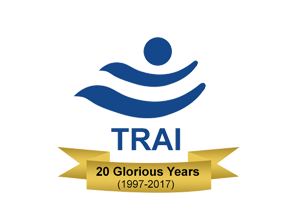 Editor-in-Chief of indiacommentary.com. Current Affairs analyst and political commentator. View all posts by this Author
There are several flaws in the latest amendment by TRAI to its previous tariff order. First, in the absence of a clear definition of predatory pricing, how will it be decided what constitutes one? Established players can choose to milk consumers and a new entrant can slash margins taking the benefit of advanced technology to offer better services at lower prices. Can it be called predatory pricing? After all, the consumer is benefiting by getting better service at a lower rate.

Take the example of Jio. It entered the market with the then latest 4G technology by building up a network from scratch. It is well known that 4G offers packetized calls that heavily reduce the burden on the network. The existing operators did not upgrade (some of them have still not upgraded) and still allow calls on the 2G network. It entails heavy usage of the network, resulting in higher operating costs and inefficient service through call drops and other network issues. Hence, instead of crying hoarse about Jios predatory pricing, they should have converted all their users to the latest technology to offer the same service at the same or even better price.

But what TRAI now seeks to do is the opposite of what it has been doing till now to bring a semblance of sanity in the highly competitive sector. It seeks to prevent existing players having market share of more than 30% by either customer base or gross revenue from indulging in predatory pricing. But isnt predation normally the line adopted by a cash-rich new entrant? Hence, this amendment immediately opens TRAI to the charge that it is trying to help Jio ward off competition. Vodafone CEO Vittorio Colao has already alleged so.

Further, predatory pricing and abuse of a dominant position in any sector are subject matters for the Competition Commission of India (CCI) to deal with. TRAI is exceeding its brief by entering this field. It can set tariff and regulate the market. But if any company is abusing its dominant position, the CCI will have to step in rather than TRAI. Overall, this latest amendment to the tariff order is discriminatory, anti-consumer and beyond TRAIs jurisdiction. Hence, it should withdraw the amendment.