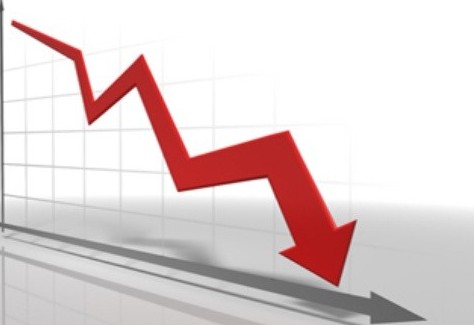 Time To Turn Attention Towards The Economy

Time To Turn Attention Towards The Economy

There is growing feeling in the country that  Prime Minister Narendra Modi should now sit with ministers who have portfolios related to the economy - Nirmala Sitharaman (Finance), Nitin Gadkari (Roads & Highways and Micro, Small & Medium Enterprises) and Piyush Goyal (Commerce and Industry) - instead of giving all his time to Amit Shah (Home) and Ravi Shankar Prasad (Law & Justice). This feeling is the result of a continued downward spiral in the economy. The effects of the downturn are now becoming visible on the ground in various ways and are causing concern to the common man. Before now, the subject was being discussed in boardrooms and drawing rooms of the rich. But now, it is increasingly being heard across the country in bazaars, dhabas and chai shops too. If the government does not take major steps like urgent reforms in some sectors, investor confidence is going to be shattered and India will lose a good opportunity to get big global players to relocate their manufacturing facilities in the country from China which is bearing the brunt of rising wages and a trade war with the US that is bleeding its economy.

For three successive quarters now, the GDP growth rate has been revised downwards from initial estimates despite window dressing of data by the government. Net capital formation has gone down alarmingly. Tax collection is way off the mark. There are no jobs and for the existing ones, at least at the lower and middle levels, there is no increase in salaries. Automobile industry, the bellwether of economic activity, is passing through hard times with negative growth in sales. Dealerships are closing down and factories are not hiring casual labour. Farm distress is deepening especially as the monsoon is erratic. Food inflation, controlled till now, is likely to surge as vegetables and fruits are becoming way too costly. The government simply does not have the money even if it wants to invest in infrastructure projects (a sure-fire way of giving a push to the economy). Rate cuts by the RBI have ceased to work as private investors are postponing projects due to lack of demand for products and services. The financial services sector has not come out of the shock of the mess created by the NBFCs and experts warn of a financial contagion. Exports have also not picked up.

All this, coupled with the effects of the global economic downtrend on India, needs the immediate attention of the government. The situation is such that the government will have to find the money (other than using the surplus with the RBI, for that will be sorely needed if the global economic crisis worsens like in 2008) and make immediate investments in infrastructure projects. The budget had talked of investment of Rs 1.25 lakh crore but had appointed a committee to suggest the ways to raise the funds. That committee should be converted into a fast-track unit and asked to submit its report in 30 days, 15 if possible. The government must also take a decision of the overseas sovereign bonds issue. It has also got to think about how to make private and foreign investors start investing in projects. There is no time to lose. Each passing day without major decisions on the economy is like putting one more nail in its coffin.