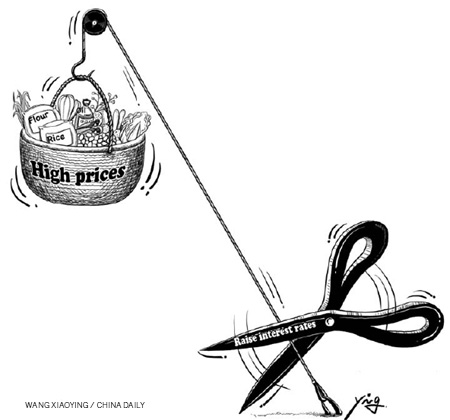 The phenomenal rise in the price of vegetables, especially onions, has raised the CPI by 7.4% in December, much more than the 6% target set by the Reserve Bank of India. Food prices rose by 14.12%, driven mainly by an astronomical rise in the price of vegetables (of which onions were the main villain) which rose nearly 61%. The other items which contributed to the rise in food prices were meat and fish (up 9.57%), milk (up 4.22%), eggs (up 8.79%), along with some pulses. This price rise was mainly due to supply-side pressures (unseasonal rains in September-October had ruined crops) and prices are expected to stabilize once supply becomes normal. If one looks at the core inflation net of food and fuel prices, it has actually fallen. Thus, it is not good to be unnecessarily alarmed by this.

Hence, the RBI Monetary Policy Committee, when it meets in February for its bi-monthly review of rates, should not look only at the CPI (which in any case is not the best indicator of inflation) and if it does, it should remember that the present food inflation is seasonal and just a passing phase. Things are expected to be normal in the last quarter of this fiscal year. Given the state of the economy, it should neither change its stand from accommodative to neutral nor should it hold the rate cut. As growth is not happening, one more cut is in order to improve sentiments and provide a push.

But a lot will also depend on the fiscal slippage figures presented by the government in the Union Budget on February 1. It is clear that the estimates given in the last budget will go haywire. Tax collections have fallen and government spending has increased. There will be a huge gap and fiscal deficit will not be within the range it was expected to be. The RBI MPC will have to take that into consideration before deciding on rates or liquidity.