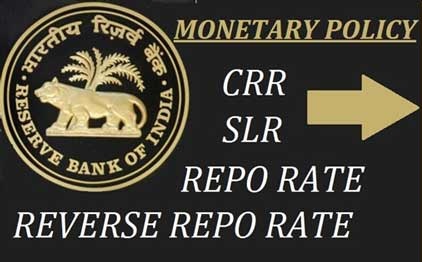 There is Logic Behind RBI's Rate Cut

There is Logic Behind RBI's Rate Cut

Editor-in-Chief of indiacommentary.com. Current Affairs analyst and political commentator. View all posts by this Author
The RBI governor, Raghuram Rajan, once again showed that he is his own man, and said as much (âMy name is Raghuram Rajan and I do what I doâ), by slashing the repo rate by 50 basis points â more than double of what had been expected by economists and the Street. This means that the RBI has cut rates four times this year for a total of 125 basis points, bringing down the repo rates at par with the prevailing rates in March 2011.

Rajan had resisted the pressure for cutting rates from both the government and the industry in the past. His thinking was clear. He had set the goal of curbing inflation. Lower rates mean more lending and more money in the market means inflationary pressures. Now that inflation has come down to as low as 3.66 per cent (August figures), Rajan feels there is a need to make cheaper funds available to industry to kick start investments.

Both the RBI and the government expect the banks to pass on the rate cut to end users and PSU banks have taken the lead. SBI has announced a 40 basis point cut on its base lending rates. Other banks have followed suit. Buckling under bad debts and saddled with implementation of non-profitable government schemes, the retention of 10 basis points is advisable for these banks .But the surprise came from ICICI Bank, the countryâs largest private bank. Its MD Chanda Kochar was non-committal, saying the rate cut would be substantial and maybe more than half of what RBI had cut.

The rate cut means that although lending rates will come down, so will deposit rates. Hence, while both corporate and retail borrowers will rejoice, savers will take it as a disincentive to save. Banks are likely to lower deposit rates too which are already very low at 7.50 per cent. The government has also indicated that it will conduct an across the board review of interest rates of small savings schemes.

But it is not likely that the rate cut alone will give a push to investment and help in economic recovery. The overall sentiment for industry is gloomy. Exports are down due to the slowdown in world economy. Domestic demand is sluggish. Large projects have been held up due to various other factors like land availability and environment and other clearances. The rate cut will give a boost to smaller industrial units in the short run and the cascading effect is likely to generate employment opportunities and further investment. For the bigger economic recovery to happen, the government will have to pitch in by undertaking structural reforms.