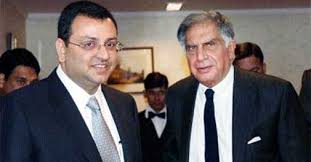 The Tatas Versus The Mistrys: Time Now For A Clean Separation

The Tatas Versus The Mistrys: Time Now For A Clean Separation

In 2016, the Tata Sons board removed Cyrus Mistry as the executive chairman of the group in a majority decision. Aggrieved, Mistry approached the NCLT which dismissed his petition. But he got relief in NCLAT which reinstated him and termed the appointment of his successor N Chandrasekaran as illegal. The Tatas approached the Supreme Court against the NCLAT order which has not put the controversy to rest by setting aside the NCLAT order.

The matter before the Supreme Court involved the removal of Cyrus Mistry, the appointment of N Chandrasekaran, the oppression of minority shareholders, conversion of Tata Sons into a privately-held company, mismanagement at Tata Sons and valuation of shares of Tata Sons.

By rejecting the NCLAT order, the Supreme Court has clearly ruled that neither Mistry's removal nor the appointment of Chandrasekaran was illegal. In fact, the court made a pertinent observation when it said that since the door through which Mistry got in (was appointed chairman) was the same from which he was asked to exit, how can he rail against the door for removing him when he had no qualms about entering through the same door? The court said that since both decisions were made by a majority of the board, there was nothing illegal about them.

The court also held that there was no mismanagement and oppression of minority shareholders, as alleged, at Tata Sons. The court also rejected the plea against allowing the company to go private. This decision is likely to benefit many other widely-held companies that are planning to go private. But the court refused to value the shares of Tata Sons and said that it should be decided between the parties. This issue is likely to linger as the Tatas have valued Mistrys' 18.4 percent stake at around Rs 70000-80000cr while the Mistrys' claim it to be Rs 1,75,000cr.

Since the boardroom battle will see a closure after the Supreme Court order, both parties need to come to an understanding regarding the valuation to arrive at an amicable settlement for a clean separation. It is now clear that the Mistrys need to separate from the Tatas for the good of both. If the valuation issue is not settled, this will not be possible. Hence, since the Supreme Court has refused to value the shares, both parties should sit across the table and find a middle ground. The Tatas should now show magnanimity by ensuring that the Mistrys  get a fair return on their investment (linked to present market value) and the Mistrys must accept a fair offer even if it is slightly less than what they have in mind.