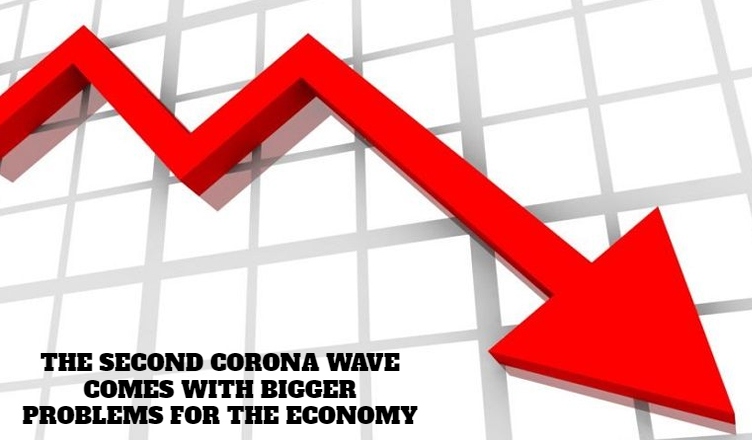 The Second Wave Poses More Problems For The Indian Economy

The Second Wave Poses More Problems For The Indian Economy

With mini and weekend lockdowns returning, the Indian economy is in for major shocks. Hiring was picking up but companies are bound to go slow once again. After the stellar performance in the period September 2020 to February 2021, many analysts had revised the growth estimates favourably. These will also be revised downwards now.

Although business activity is slowing down, it continues to expand. At 54.6 in March, the IHS Markit Services Business Activity Index, though lower than the 55.3 achieved in February, showed consecutive expansion for 6 months. But other indicators show a slowdown. The Nomura India Business Resumption Index (NIBRI) fell to 90.4 in the week ending April 11, registering its biggest week-on-week fall. The Index of Industrial Production (IIP) fell consecutively in January and February and the fall in February was steeper.

With a period of uncertainty looming large and with experts predicting that the peak of the second wave will be reached only in June, there is a huge chance that there will be severe disruptions in economic activities. With migrant workers deciding to beat the lockdown and reach home before it is imposed (if it is imposed, that is, but who will explain that to them as they had suffered so much the last time), labour costs will increase. WPI is already showing signs of entering double digits and retail inflation is also not far behind. If that happens, interest rates will firm up and growth will slow down heavily.

In this scenario, the government will have to support the economy by making the investments it had promised in the budget. It cannot continue to defer them. GST collections have touched record highs so the government is not as squeezed for funds as it was during the first wave. Now it must fast track divestment to arrange the money needed to fund these schemes. Once large funds start flowing in infrastructure projects, maybe the slowdown will be averted. Otherwise, the second wave will have a much bigger negative impact on the economy.