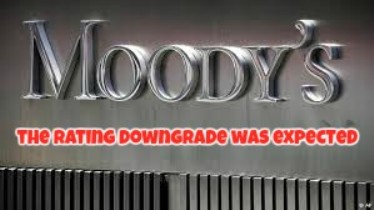 The Rating Downgrade By Moody's Was Expected

The Rating Downgrade By Moody's Was Expected

The downgrade by Moody's was expected. Both S&P and Fitch had rated India a notch lower than Moody's long time back. Even before the pandemic, the Indian economy was beset with many problems and was in the doldrums. Demand was weak and despite the best efforts of both the government (pushing money in the hands of people) and the industry (marketing efforts, including discounting), there were no signs of it picking up in a hurry. Manufacturing was contracting in successive quarters and inventory was piling up with dealers. In such a scenario, the lockdown due to the pandemic was the last straw. Economic activity came to a standstill from the end of March and resumed hesitatingly only in May. No rating agency would give any leeway and Moody's has accordingly downgraded India's sovereign rating.

With incomes drying up across the board, demand is unlikely to pick up in the July-September quarter. If the pandemic continues to create problems (cases in India are expected to peak in July and that would create another scare in the minds of the people), the festival season in the October-December quarter is also expected to see a muted consumer response this year. A large number of people, it seems, have decided to hold purchase decisions. They have decided to wait till things get normal again and till that time only the most essential things will be bought. This will put pressure on dealerships (even before the pandemic, two-wheeler sales had plummeted to such an extent that there were reports of dealers downing shutters across the country) and manufacturing will contract further.

Moody's has clearly explained that it expects government debt to increase substantially. It says that there might be a 12 percent increase in such debt from 72 percent of the GDP in 2019 to 84 percent in 2020. What is more worrying is that Moody's has warned that since the economy is unlikely to recover in a hurry, the government will collect lower taxes and its capacity to service the debt will diminish. It expects the debt to rise even higher in the medium term. This negative outlook means that there might be further downgrades by all rating agencies if the economy does not show signs of recovery soon. Although the size of the population makes India an ideal economy for a fast recovery, people have to have money in hand to make that happen. Given the job and salary cuts now being witnessed, it will take time for demand to pick up and recovery will be slow and painful.