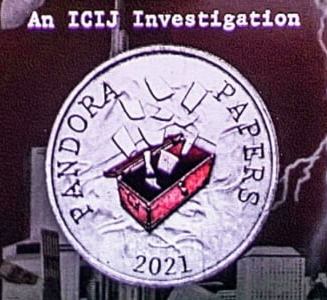 The International Consortium of Investigative Journalists (ICIJ), a Washington DC based organization, has been working with 140 media outlets worldwide on its biggest ever global investigation into the hidden wealth of the rich and powerful across the globe. More than 600 journalists in 117 countries have been scanning files in the more than 12 million documents from 14 sources for several months to make sense of the web of shell companies and complicated financial transactions made in tax havens and to link them to the real beneficiaries. These have now been revealed to the world in what have come to be known as the Pandora Papers.

Several Indian entities - individuals, companies, trusts and others - are reportedly on the list. The government has taken serious note of the same and has said that a multi-agency team headed by the chairman of the Central Board of Direct Taxes (CBDT) and including officers from the Enforcement Directorate (ED), the income tax department, Financial Intelligence Unit and the RBI will probe the charges. This is good as the guilty persons and entities, which have transferred their wealth abroad through unfair means and have hidden it to deny the country the taxes due on income from such assets, must be brought to book. Although this is not the first time that such a disclosure has been made (there was the Offshore Leaks in 2013, the Panama Papers in 2016 and the Paradise Papers in 2017), it is by far the biggest.

Most such investigations almost always fail to reveal much. Although the government has said that it will seek information from foreign jurisdictions, getting relevant information from tax havens is difficult, if not impossible. The government also said that a result of the probes in the Panama and Paradise papers, it had discovered undisclosed income to the tune of Rs 20,352crore. Since this leak is much bigger that the earlier ones, it is expected that the agencies will be able to unearth a substantially higher amount of undisclosed income.

But the alacrity with which the government acted on the Pandora Papers is in direct contrast to the inaction on the Pegasus issue although it was also investigated by a similar consortium of investigative journalists worldwide and India was named as a country where the spyware was used to hack the phones of politicians and prominent citizens. In the case of Pandora Papers, the issue is revenue loss but in the case of Pegasus, it was national security as if the government was not using the spyware (as it claimed) it must be known who was using it and to what end. The government would do well to investigate that matter too with similar urgency.