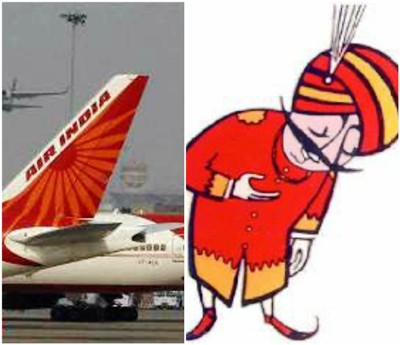 The Maharaja Will Be Fully Privatized

The Maharaja Will Be Fully Privatized

The Centre has finally decided to sell the full 100% stake in the beleaguered state airline Air India. This is good news as the carrier has been bleeding for the last few years and draining valuable resources. It has not also been able to operate many flights for which it has route permissions. The government has also reduced the quantum of liabilities the bidders have to take on by almost a third. The logo and other motifs associated with the airline have to be mandatorily used by the successful bidder for a pre-decided time period. Since the liabilities are now fully covered against the cost of the aircrafts with the airline, it makes for an attractive proposition for the bidders.

The government has decided not to include certain assets like the iconic Air India building in Mumbai and other properties across the country along with some valuable artifacts and paintings in the deal. That is basically of little consequence in a deal of this size. But the biggest worry that remains is that of the bloated workforce. In 2019, the carrier had 11000 permanent staff and a government paper indicated that only 37% would retire in the next 5 years. That would still leave almost 7000 on the rolls, making its salary bill almost 35% higher than the industry norm. Yet, instead of offering VRS, the government kept on pumping good money after bad in a bid to revive the carrier. In this age when companies are becoming leaner to survive, Air India is suffering for its past follies of hiring more people than required.

Any businessman who makes a bid would have that uppermost in his mind. It is very difficult to take a company with enormous liabilities (although with equally enormous advantages like attractive route permissions and docking slots all over the world) along with a bloated workforce and turn it around. Air India is also disadvantaged as it is a full-service airline operating in a sector that has cut all frills and costs. Despite this, its market share has kept falling. Any successful bidder would definitely like to shed a major part of the workforce and the government must facilitate this in the long-term interests of the airline.