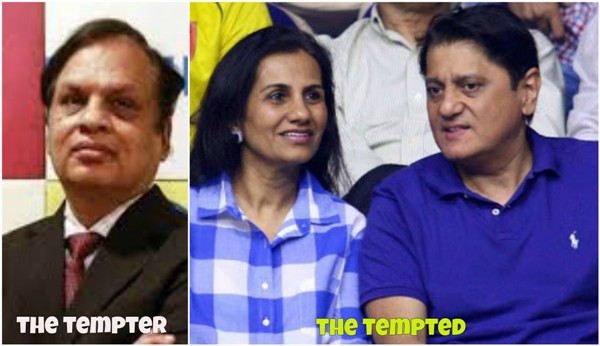 With the details of the alleged shady transactions between the Videocon group and Deepak Kochhar, the husband of the discredited former chief of ICICI Bank Chanda Kochhar, in the public domain for a long time now, it was just a matter of time before he was arrested. That the Enforcement Directorate (ED) arrested him just before filing the chargesheet shows that it was waiting to tie up the loose ends (since it was a high profile case) and establish the money trail before laying its hands on him. Since it was on the job, it was unlikely that Kochhar could have tampered with or erased the transactions that were largely done through banks. In any case, the fact that money was paid was established long back; the main task of the investigating agencies is to prove the quid pro quo, without which the Kochhar's can continue to claim that they were perfectly legal business deals that had no connection to the loan that the ICICI Bank granted to Venugopal Dhoot and Videocon as lead bankers in a consortium. It seems that the ED has established the money trail that was routed through a maze of corporate entities, trusts and offshore tax havens.

The Enforcement Directorate claims that they were forced to take Kochhar into custody as he refused to cooperate. They say that both the Kochhar's and Dhoot have been evasive and are not answering specific questions to prove the quid pro quo as established by the money trail. They say that they will move against Chanda Kochhar too. Obviously, no one, not even a petty criminal admits his crime easily. Here we are talking about alleged white-collar criminals. They are hard-nosed businessmen and finance professionals and are being advised by top lawyers and financial wizards. They know that no one can be forced to testify against himself or herself. They know very well that Article 20(3) of the Indian constitution grants them immunity against self-incrimination and they will use it wisely. They will never confess and keep on claiming that the money changed hands in business deals that were perfectly above board. It is upon the investigating agencies now to prove that the amounts received by the Kochhar's were bribes for sanctioning the loan and not part of any business deal.