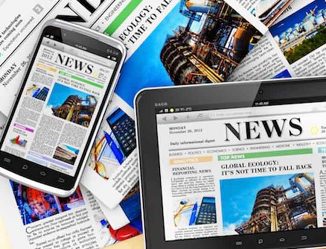 The government wants the Supreme Court to put checks on digital media more than print and television media. This, the government says, is necessary because of the wide reach and the propensity of what is written or shown on digital media to go viral in a flash. But it does not explain what it means by digital media or how it will control the interconnection between all forms of media. Earlier too, Smriti Irani, during her tenure as the I&B minister, had constituted a committee to suggest the regulatory mechanism for digital news media but nothing came out of it. The government is perhaps worried that since no licenses are involved in starting a digital news or opinions platform, any and everyone can start the same. The government wants the court to draw guidelines to differentiate between journalistic freedom and responsible journalism, which is fine. But it wants this first for digital media rather than print or television media, which is not. For, all three are getting interconnected, and are becoming inseparable, fast.

Digital media is too wide a concept to render itself to easy definition. There are newspapers, magazines and news agencies that have digital presence. Almost all businesses, industry organizations, social organizations, educational institutes and others have digital presence and they publish what could be considered as news and opinion on subjects related to their fields. Then there is the social media where celebrities and ordinary citizens post whatever comes to their minds or share something sent to them by others. Such platforms are also used by some people to post fake news. Then there are people who operate small, niche websites that offer opinion pieces on matters of importance. Finally, there are personal blogs on a huge variety of subjects. Apart from the question of restricting the freedom of expression, is it seriously possible to either issue licenses to or regulate such a huge (and growing by leaps and bounds every day) field?

Actually, are regulations and checks necessary? If the identity of those running digital news or opinions platforms is known (after all, bots cannot be expected to run such units) there are already several IPC sections which apply to every publisher, whether offline or online. In addition, the digital media is also covered under the Information Technology Act. In the end, it is the readers and advertisers who will decide whether a particular publisher has the content which excites them and for which they will pay to subscribe or place their advertisements on. Although less expensive than running a conventional media unit, it still takes money to run a respectable stand-alone digital news media platform. While some are being run as non-profit organizations and survive on donations and subscriptions, most others are being funded by commercial interests and will need to make money to survive. The market and the law of the land are the biggest checks.