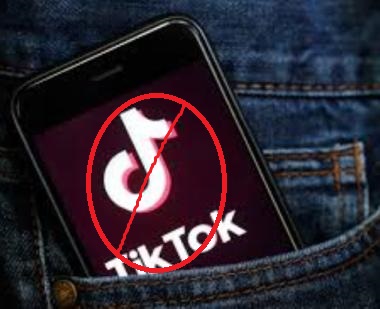 The Ban On Chinese Apps Is Not An End In Itself

The Ban On Chinese Apps Is Not An End In Itself

On the face of it, the ban on Chinese apps would seem to be of little consequence when every second person holds a Chinese mobile phone in his or her hand. Even if it is not a Chinese brand, the mobile phone is almost certain to have been made in China. Even if the manufacturer says that the instrument is assembled in India, it is almost sure to have been assembled with an SKD (semi-knocked down) kit imported from China. Chinese mobile handsets are also a threat (similar to the ones for which the apps have been banned) as most of them have pre-loaded Chinese apps.

But on the other hand, the app ban does two things that send a very strong message to China. First, it signals that India is willing and prepared to impose economic costs on China for its aggressiveness at the LAC. Second, it involves a huge number of citizens as most of these apps, especially TikTok, were being used extensively in India and it will make the users turn to Indian alternatives (like Chingari or Mitron in place of TikTok). If the people approve of the government banning Chinese apps as a response to the border dispute, the aversion to buy or use Chinese products will grow, setting off a chain reaction and lower sales for Chinese companies.

Also, other government departments and even private companies are showing a tendency to avoid Chinese companies and suppliers if there are alternatives. It has been reported that the telecom department is not buying Chinese equipment and India is seriously thinking about not allowing Huawei to bid for 5G. The app ban sends the signal that India is not going to shy away from not using the products of Chinese companies even if the alternatives are costlier.

When Hu Xijin, the Editor-in-Chief of the state-run Global Times in China made a derisive comment about Indian products by tweeting that  "Well, even if Chinese people want to boycott Indian products, they can't really find many Indian goods. Indian friends, you need to have some things that are more important than nationalism," industrialist Anand Mahindra was quick to take him on. Mahindra tweeted that "I suspect this comment might well be the most effective & motivating rallying cry that India Inc. has ever received. Thank you for the provocation. We will rise to the occasion." If India Inc. can actually support the government by decoupling with Chinese suppliers wherever feasible, it will impose a huge economic cost on China and maybe force it to abandon its aggressive ways.