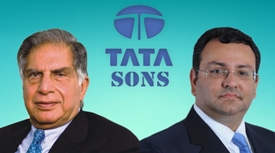 Why do promoters wish to retain over 51% stake in a company? The simple reason is that they wish to have a controlling stake. Having invested hugely in a project, no promoter would like the management to slip out of his or her control for the reason of taking others on board as minority shareholders. There are several rules and regulations that take care of the fact that promoters cannot take such minority shareholders for granted and their interests are protected by law.

If now, as the NCLAT ruling in the Tata-Cyrus Mistry case has shown, regulatory bodies choose to override majority shareholders and prevent them from running the company by removing or appointing officers as per discussions in a board meeting, the very concept of majority voting and corporate ideology would lie in shambles. It would prevent other family-run companies (which form the majority in India) from appointing anyone to a position of trust. This, in turn, would work to the detriment of the company, and in the long run to the detriment of the economy as a whole, as the best available talent will not get the job as companies will be scared of complications later.

This is not to say that the majority shareholder can trample upon all laws, rules and regulations or the ethics of good corporate governance in doing so. But if they are empowered to do a certain act and if it benefits the company (and by that token the minority shareholders), they should not be prevented from doing so on technical objections.

It seems the NCLAT is taking itself more seriously than is mandated by law. Instead of interpreting the provisions of the applicable laws, the Tribunal has, of late, taken it upon itself to 'make' laws, choose to give an entirely different meaning to some provisions or even grant extra reliefs to petitioners. In the Essar case under the IBC, it had ruled that operational creditors were at par with financial creditors and tried to downplay the primacy of the Committee of Creditors. The Supreme Court took it to task for both the rulings. In this case, too, it has unnecessarily reinstated Cyrus Mistry as chief of Tata Sons.

When the case will come before the Supreme Court, the NCLAT is sure to get verbal and written whiplashing from the honourable judges there. It is clear that the Tribunal is regularly exceeding its brief. The NCLAT can always have its own interpretation of a particular provision. A difference of opinion in interpreting a provision is normal. But making laws and granting more than prayed for is not. The Supreme Court must explain the limits to the NCLAT and ask it to stay within them in the future.