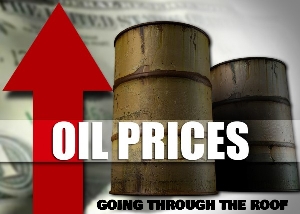 View all posts by this Author
The spiraling price of petrol and diesel has left the government worried and the public angry while providing ammunition to the opposition to fire more salvos at the NDA government. It is definitely a matter of concern that prices of fuel have been raised everyday for the last 10 days in the free pricing regime. The oil companies have no alternative as they have a set formula and if price increases in the global market, it is reflected in India. But the government definitely has many alternatives.

Since the price has increased nearly Rs 10 per litre from the level it was till as recently as September 2017, the time has come to take a hard look at the duties and taxes imposed on crude and petroleum products. For the last couple of days, the government is saying that it is holding meetings to work out formulas to ease the pain both in the short term and a more permanent solution for future. But it has to hurry and come out with a solution sooner rather than later. In doing so, it should not take the regressive step of controlled pricing.

It has to cut import levies, as suggested by private players and it has to reduce excise duty. It has also got to impress upon the state government to reduce VAT. Finally, it has also got to tell the oil companies to reduce their profit levels, say by just half a percentage point. For, with OPEC and other oil producers showing no inclination to work towards a stable price regime, oil prices are likely to balloon to $ 85-90 per barrel (from $ 79.5 now) in the next 6-12 months. The government must employ a set formula that will offset increase in global prices by corresponding, and automatic, cut in import duty and excise. Any further increase in price of petrol and diesel will bring about spiraling inflation and strife. Already, unions of bus and truck operators have given notice of a strike if prices continue to rise.