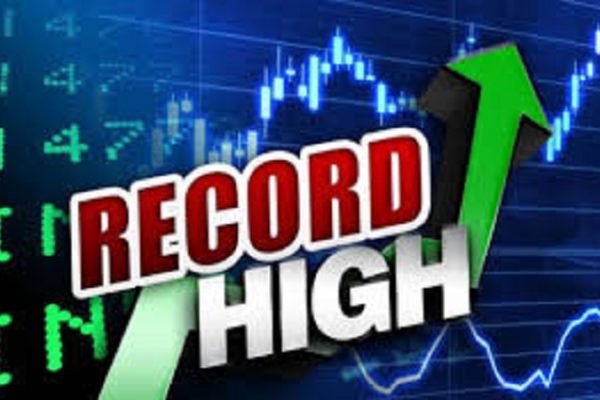 The Sensex had hit its then all-time high of 52517 points on February 16, 2021 as the first wave had all but gone and the second wave was neither on the radar nor was being talked about. Everything was open, GST collections were inching up to record highs every month, other economic data also showed that recovery was on track, the Covid vaccination drive had begun and was one month old by then and there was a positive vibe in the economy. But then, disaster struck. The ferocity of the second wave took everyone by surprise and when restrictions started being imposed in many states, the markets were despondent.

Yesterday, June 12, 2021, the Sensex hit 52643 in intraday trade to surpass the earlier figure. It closed at 52475 which was its all-time high closing. The Nifty also closed at an all-time high of 15799. The market capitalization of BSE stood at 233.7 lakh crore, another all-time high figure. As the second wave recedes (it is now down to one-fourth of its peak) and as states press the unlock button and as the vaccination drive picks up after a lull, market operators see this as a sign of rapid economic recovery. The current rally, though fuelled by foreign fund buying initially, is now being sustained by domestic funds. Selected shares are making huge gains.

But with experts predicting a third wave and with the middleclass grappling with financial distress, is the rally premature? Will demand pick up exponentially and will companies post good results in the short term to sustain this rally? There is no doubt about the resilience of the Indian economy and it will bounce back in time, but at current valuation, some shares definitely look heavily overpriced. Further, with the government not showing any immediate inclination of investing in infrastructure, recovery will be slow. This is proved by slow credit offtake as entrepreneurs have turned risk-averse.