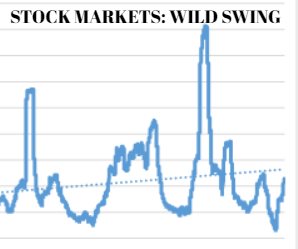 While profit taking played a huge role in this slide, the market was also spooked by the crackdown on tech companies by the Chinese government and the upcoming US Fed meeting and the expiry of the July F&O. While the external factors did weigh in, the slide was mainly due to operators squaring up their F&O positions before the expiry of July series and profit taking at higher levels.

But what was most heartening was to see the huge support at crucial levels that prevented a major slide and propped up the market.  The very fact that there was huge buying support across sectors at lower levels was instrumental in pulling up the Sensex from 51802 points to its closing level of 52443 points and preventing the bears from tightening their grip. The buying support shows that investors are upbeat about the economy and are still looking for bargains. This augurs well for upcoming sessions although the IMF downgrade is a dampener.