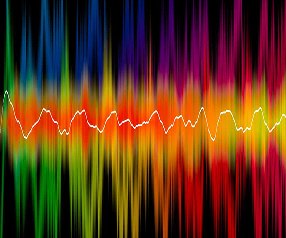 Although Telecom secretary Anshu Prakash was upbeat as the government collected Rs 77814cr from the sale of spectrum in the current round of bidding which closed in just two days, the fact remains that the government managed to sell just over 19 percent in monetary terms and about 37 percent in volume. For the second time in succession, there were no bids for the 700 MHz band and this time the bidders also ignored the 2500 MHz band. Despite not getting bids for the 700 MHz band in 2016, the government persisted with keeping its reserve price at an astronomical level and the telcos did not bid for it. Most of the action was in the 800 MHz band while some spectrum was also picked up in the 1800 and 2300 MHz bands.

Reliance Jio was the highest bidder and spent Rs 57123cr to pick up a large part of its spectrum that is due for renewal soon. Airtel spent Rs 18699cr while Vodafone-Idea could manage only Rs 1993cr. The low purchase by Vodafone-Idea means that it has not repurchased some of the spectrum it will soon have to vacate, leading people to wonder how it will run its services. It is also being speculated that apart from overpricing, another factor which attracted lesser bids this time was the fact that 5G will soon be rolled out and the telcos are preserving cash for buying 5G spectrum.

Jio seems to have bet on 4G continuing to hold sway in the market for at least another couple of years as the 5G infrastructure is built up and users change over to 5G handsets (which obviously will be expensive initially). At least in small own and rural India, the 5G rollout will be slow and the switch by users will take some time to happen. That is why Jio has not let go of its spectrum in 4G bands.

But the government must seriously think about fair pricing for the spectrum. Putting up Rs 4 lakh crore worth of spectrum at prices that do not attract any bids and then gloating when just Rs 77814cr worth is sold is not good. The government must rethink how it puts a price on spectrum, especially in the 700 MHz band, as overpriced spectrum bought by telcos ultimately results in telecom services getting costly for the users.