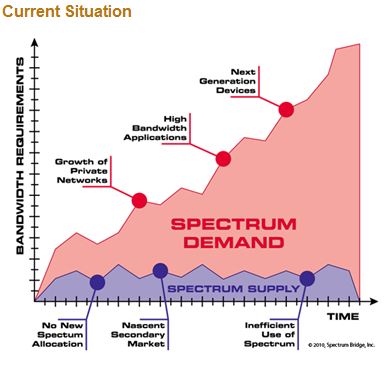 Editor-in-Chief of indiacommentary.com. Current Affairs analyst and political commentator. View all posts by this Author
Is Sunil Mittal right in asking telcos to pool spectrum? Given his dominant position in the market, will other players listen to him? These are the questions that arise after Mittal made a very sane proposal for all telecom companies to pool spectrum to ensure cost benefit to all and optimize the usage. Mittals suggestion assumes importance because of three things: first, spectrum is a scarce commodity as the government releases it in small tranches, with the major part remaining with the Army; second, it is very expensive and third, its usage is very lopsided.

In India, it is seen that cut-throat competition during spectrum auctions makes the telcos acquire it at fancy prices. Later, most of these companies cannot make efficient use for want of customers. They have idle capacity. Hence, one company might suffer network congestions and call drops as it has lesser spectrum than its subscriber base demands while another earns nothing from the bandwith that lies idle. This benefits none and needs to be rectified. Pooling of spectrum is the best solution.

Mittal has suggested the formation of a new company, jointly owned by all telcos. Each company will then release the spectrum held by them to this new company. Later, each company will pay the new company for only the amount of spectrum they use. Hence, if a company has idle spectrum and another company uses it from the common pool, it will start earning from it till such time its own usage increases. As of now, there is no justification for telcos to block the scarce and expensive resource without putting it to use. It also does not make business sense.

In a hard hitting editorial, The Economic Times has asked telcos to shed their outdated business policies to look into the modalities of pooling spectrum as suggested by Mittal. It has opined that with technology throwing up newer and better uses of bandwith companies should not become spectrum-squatters and suggested that like licensing, business conduct should also become technology-agnostic.

But business in India is conducted in a very jealous manner. The guiding principle is if I cannot earn, I will not let others earn too. Mittals suggestion might not find many takers as he is the dominant player in the market. People will view his suggestion, however sane, with large dollops of suspicion. They will say that Mittal is suggesting this as he needs it for his company. In thinking so, they will forget that Mittal is not asking anything for free or at a price lower than what it commands. They will also forget that he is suggesting opening a door which will allow many companies to earn from their idle capacity. If pooling is rejected, it would be a tragedy. For, it is the best way forward for the market. Indias drive towards digitization depends on better telecommunication and internet services and anything that frees up unutilized spectrum will be of great help. Hence pooling should be done sooner rather than later.