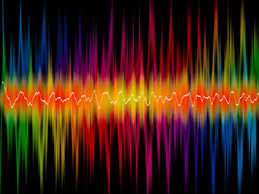 Editor-in-Chief of indiacommentary.com. Current Affairs analyst and political commentator. View all posts by this Author
The spectrum auction has flopped. The government has itself to blame. A similar thing had happened in the auction in 2013 when response was muted due to high reserve price. But the government did not learn from it. The reserve price, at least for the 700 & 900 MHz bands, was way too high and the industry thumbed it down by not showing any interest  not a single bid was made for these bands. The government was expecting close to Rs 3 lakh in total. Against this, it got about Rs 65000 cr for the 40% spectrum that was sold. This has served no purpose as the telcos have not got the air waves and services will not improve.

Any auction is based on the fact that the seller notifies a base price, which is the price at which it is willing to sell even if there is only one bid. This base price is not decided on whim. There has to be a rationale behind it. In case of air waves, the rationale must take into account the scarcity of spectrum, its alternative use and the profitability thereof, the demand for spectrum in the market, the number of players available for bidding, the cost of technology in which the spectrum will be put to use and whether the base price will support viable operations for the buyer or buyers. The government has always ignored the last factor when deciding the reserve price.

It has kept the reserve price so high that the telcos do not find it viable. The Indian market for mobile technology is highly competitive. The emergence of 4G technology and the entry of Jio in the segment (the Reliance group has deep pockets and is known for its disruptive pricing policies that are designed to decimate the competition) have further muddied the waters. Since the market is price sensitive and since there is a lot of portability on this score, reserve price needs to kept at a reasonable level for the market to take it to a level where telcos could absorb it. The government has decided to review the reserve price for the two bands that attracted no bidding. It needs to do this urgently if services are to improve and if the prime ministers dream of Digital India is to fructify.