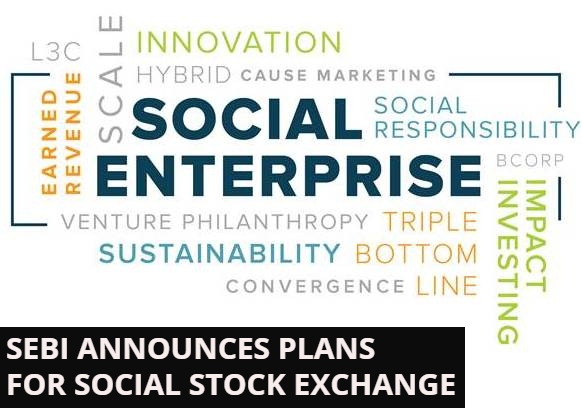 Social Stock Exchange Is A Good Idea from Sebi

Social Stock Exchange Is A Good Idea from Sebi

It is not businesses alone that need funds. Social enterprises, whether for-profit or not-for-profit, also need funds, to run their operations. They have to depend on donations, from good Samaritans in India and abroad, similar enterprises who value their work and also from the CSR funds of companies. But if people are willing to invest in such social enterprises, why should they depend only on donations? Working on this premise, the Securities and Exchange Board of India (Sebi) has now announced that social enterprises, both for-profit and non-profit, will be allowed to access the stock markets through a to-be-created social stock exchange where they will be listed for trading. The enterprises will be allowed to access the equity, bond and mutual funds markets. Obviously not all social enterprises will be allowed such access. Only those working in the areas of working to eradicate hunger, poverty and malnutrition, promoting healthcare, education, gender equality, livelihoods and empowerment of women and LGBT communities as well as encouraging environmental sustainability, among others. They will be allowed to raise finances through social impact funds having a corpus of Rs 5 crore.

But the contours of the scheme need to be defined well since NGOs and social enterprises have not in the good books of the ruling dispensation. It has tried to block access to funds and has otherwise harassed a large number of big and small social enterprises, including many that have a global footprint. Hence there is a huge chance that rules will be drafted in such a manner that it would exclude a large number of NGOs that are doing exemplary work but are viewed with suspicion for their stand often goes against the government. That would be unfair. Although NGOs work to supplement government work in social areas, since they work among the underprivileged and the marginalized and try to highlight the difficulties faced by them, sometimes they come in conflict with the administration and the more vocal among them are always viewed with suspicion. But if the access to equity is restrictive and selective, it will fail to meet the purpose. Hence, the scheme must be well-defined, transparent and open to all that meet the stated criteria.