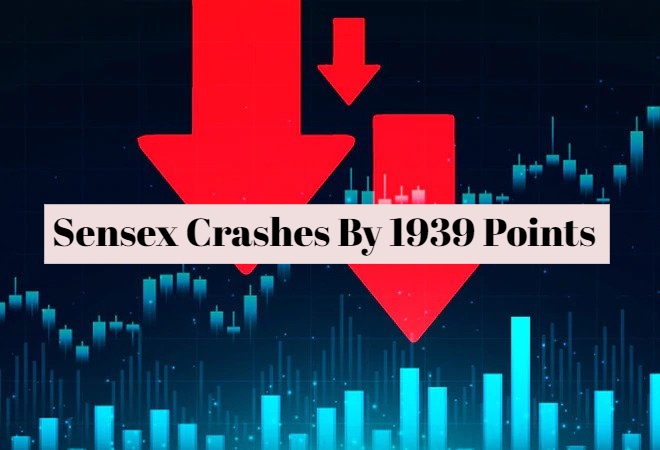 Sensex Down By 1939 Points: Stocks Crash As Bond Yields Rise

Sensex Down By 1939 Points: Stocks Crash As Bond Yields Rise

The Indian stock market crashed heavily today on global cues. The Sensex fell by 1939 points to close marginally above 49000 while the Nifty fell by 568 points to close just above 14500. The Sensex had shed 2149 points intraday before recovering somewhat at closing time. While some experts called it a "knee-jerk reaction" to rising yields of bonds, it is not surprising as the stock markets generally underperform when bonds are on fire. The sell-off is as much a panic reaction to rising bond yields as a correction of unrealistic levels to which the markets had risen in the recent bull rally.

Although the RBI had indicated an accommodative stance (which usually means no increase of interest rates in the near term) and also assured that there would be ample liquidity in the market, traders fear that if bond yields continue to rise, there will be a net outflow of funds and stocks will seek substantially lower levels. Today's crash means that traders and operators are scrambling to cut their losses in such a scenario.

The downslide today was broad-based with banks and the financial sector leading the rout. Indices like Nifty Financial Service and Nifty Private Banks fell by close to 5% while Nifty Midcap Top 100 fell by 1.60%. The BSE Smallcap fell by 0.75% and the BSE Midcap fell by 1.75%. There were losses in all major shares with Bajan Finserv, Axis Bank and Kotak Mahindra Bank shares going down by more than 6.5%.

The massive rally witnessed recently, for all practical purposes, seems to have run out of steam. Although the government is to announce the latest GDP figures later in the day and the economy is likely to return to winning ways after a severe contraction in the July-September 2020 quarter, the sentiment has soured and apart from a short rally, the market is not likely to recover losses if bond yields do not stabilize and continue to show an upward trend.