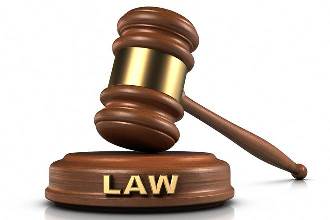 Editor-in-Chief of indiacommentary.com. Current Affairs analyst and political commentator. View all posts by this Author
The Supreme Court has rightly taken the NCLT and the NCLAT to task for admitting petitions and passing orders on issues which are under the consideration of the Interim Resolution Professional (IRP) and the Committee of Creditors (CoC) committee in an insolvency resolution dispute within the given time frame of 270 days. This unnecessarily prolongs the period of resolution and is often being used as a tool of obstruction by disgruntled parties and even the erstwhile promoters. The CoC in insolvency resolution is formed with the express purpose of taking decisions that are in the best interest of all creditors. Until and unless it takes a final view and makes its decision public, parties should not  in fact, cannot  approach the NCLT for matters to which they are not privy.

The NCLT is also at fault  first for admitting these petitions and then passing orders on just assumptions and hearsay. If the CoC has either not taken a final view or not made its decisions public, there is no material on the basis of which the NCLT can pass orders. It cannot take up the grievances of individual  or even groups of  creditors before the final view of the CoC. One hopes that after the SC observations, the NCLT will temper its exuberance and restrict itself to passing orders on issues that are in public domain and not on the supposed grievances of people.

Till now, what the NCLT has done is to put spanners in the work of CoC. Even as the CoCs are deliberating on vital issues, the NCLT passes restrictive orders. That brings the CoCs back to square one and they have to think afresh. This prolongs the resolution process to the detriment of all creditors. Given the propensity of people to file cases before the NCLT, often on frivolous issues, no resolution would have been possible if it continued in this vein. Hence, the SC has done the right thing by asking it to stop meddling in the process till the final view of the committee is known.