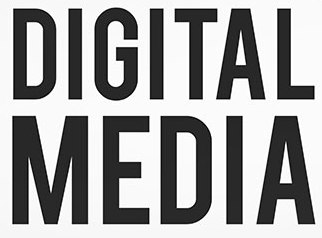 Editor-in-Chief of indiacommentary.com. Current Affairs analyst and political commentator. View all posts by this Author
As I&B minister Smriti Irani had promised during the fake news order fiasco that the government would clamp down on mushrooming websites masquerading as news portals, it has set up a committee to examine how the online media space can be regulated. Although no official circular has been released, a leaked copy is available on the internet (as reported by NDTV). It is a step in the right direction. But as usual, the government is going about the task in a partisan manner.

There is no doubt that online news portals, opinion sites, educational or entertainment websites or any other websites that disseminate information that shapes public opinion need to be regulated like the print and broadcast media. This is necessary because in the absence of any pre-licensing and almost negligible cost of setting up, any and every one is jumping on the online bandwagon. Further, with penetration of internet increasing manifold and mobile devices becoming cheaper, the potential reach of these websites is immense. So is their potential to cause mischief through dissemination of 'fake news and slanted opinions.

Having recognized this, it also needs to be remembered that the government already has a draconian law to regulate the internet space in the form of the Information Technology Act (IT Act). As of now, this law does not differentiate between an individual and an organization. Anyone who is found to violate the provisions can be hauled up. Further, technology makes it easy for the government to pinpoint the source that uploaded the offending piece of news.

Hence, when online media is regulated, the first requirement after issuing licenses would be to take it out of the ambit of the IT Act. If it will be regulated by another set of rules or a new law, then the draconian provisions of the IT Act should not be applicable to such licensed entities. They should also be governed by the laws that are applicable to print and broadcast media. All other facilities, duties and responsibilities, including accreditation, should be at par with those applicable to the print and broadcasting media.

One is sure that no one running a digital media website would resent being brought under regulation provided this is done transparently, in consultation with all stakeholders and in a non-partisan manner. The government, by excluding digital media representatives from the committee, has made its intention clear. Rules for regulation of the digital media space will be made by bureaucrats who will care little about freedom of the press when drafting them. All digital media websites should strongly protest this.

the writer can be contacted at sunilgarodia@gmail.com