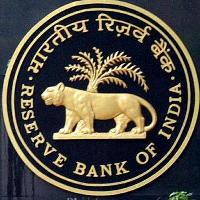 The Monetary Policy Meeting of the RBI met in Mumbai today. In view of the continuing Covid-19 crisis and the economic situation arising out of it, the MPC reduced both the repo rate by 40 bps. Consequently, the reverse repo rate also got reduced by 40 bps. The repo rate now stands at 4 percent and the reverse repo rate at 3.35, just a shade more than the historic low of 3.25 percent in 2008 after the global financial crisis. The MSF rate stands at 4.25%. In addition, the RBI also extended the loan moratorium by three months until August, 2020. It also allowed borrowers to opt for converting the additional interest burden arising out of deferring their loan repayments into a funded interest term loan (FITL) that has to be repaid by the end of March 2021.

The latest intervention by the apex bank is in line with the position of the economy. The committee was of the view that the outlook is highly uncertain and GDP will see contraction and might be in the negative territory in FY21. The committee was also of the view that inflation might go below 4% in the last two quarters of this financial year and hence it kept its accommodative stance.

Despite economic activities being allowed to be restarted as the lockdown is close to being lifted completely, it will take at least two to three quarters for things to return to normal. The reduction in repo rate will make loans cheaper and will provide relief to a large cross-section of borrowers while the reduction of reverse repo rate will ensure that the banks will have no incentive in parking excess funds with the RBI. Since the government has put the entire onus on commercial banks to lend to almost all the sectors of the economy in its Covid-19 economic package, it needed to prod them to earnestly do so.

Similarly, if the loan moratorium was not extended it would have caused immense hardships to both individuals and businesses as they would have had to pay the entire lump sum (EMI plus overdue interest)of the three EMIs of March, April and May in June. With jobs and salaries not guaranteed and with businesses not back on track, there would have been many defaulters. The breathing space allowed (although one feels that it should have been extended until November, with payments in December) will mean that many borrowers will be able to escape being defaulters if things improve by that time. The benefit of converting the accrued interest during this period to FITL comes as a bonus.