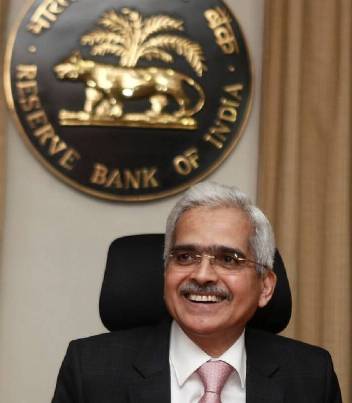 The Monetary Policy Committee (MPC) of the Reserve Bank of India (RBI), after prolonged deliberations, decided to maintain the "accommodative stance" and left all key policy rates untouched in its bi-monthly policy meeting. This is the ninth consecutive meeting when the key lending (repo) rate has remained untouched. The RBI governor Shaktikanta Das said that although growth is the "overreaching priority", the MPC will not lose sight of "price stability".

With the economy showing increasing and strong signs of bouncing back from the Covid slump, most experts had predicted that the MPC would not raise the repo rate. But they had argued that the reverse repo rate could be enhanced. But with the Omicron variant spooking markets worldwide, one thinks that the MPC rightly thought that the economy needed further support and squeezing out liquidity at this juncture could harm the recovery process.

The repo rate was maintained at 4% while the reverse repo rate remained unchanged at 3.35%. Similarly, the marginal standing facility (MSF) rate was kept at its earlier level of 4.25%. The RBI, however, revised its growth projections for Q3 of FY2022 to 6.6% from the 6.8% earlier while maintaining the growth projection for FY22 at 9.5%. It also said that the fear due to Omicron has created "considerable uncertainty on growth dynamics" for the coming months.

It is good that the MPC has left rates unchanged. Since the government is not taking any fiscal measures to support the economy, the apex bank is doing a wonderful job by keeping rates low and maintaining its accommodative stance. Although there is excess liquidity in the system and lending by banks has not improved due to paucity of good projects, the situation is improving and this is not the right time to squeeze out liquidity.