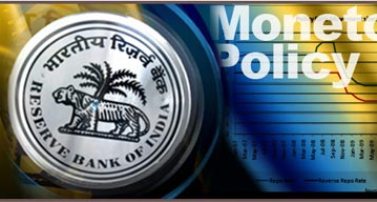 Editor-in-Chief of indiacommentary.com. Current Affairs analyst and political commentator. View all posts by this Author
The RBI acted as per the expectations of the analysts and the stock exchanges in deciding the first bimonthly monetary policy for financial year 2017-18. It wisely maintained the status quo, keeping the repurchase (repo) rate unchanged at 6.25% and the cash reserve ratio (CRR) at 4%. However, it raised the reverse repo rate to 6 percent (an increase of 25 basis points) and the marginal standing facility (for emergency borrowings of banks in case of temporary liquidity crunch) to 6.75 percent from 6.5%.

After demonetization and the subsequent flood of deposits in customer accounts, banks are awash with funds. The RBI had tightened the CRR by imposing a 100% incremental CRR in November 2016 to flush out this excess liquidity that had the potential of flaming inflation. It had subsequently withdrawn the incremental CRR (partly because it realized that in the absence of rapid remonetization and restrictions on withdrawals, the potential of increased inflation by excess liquidity was minimal) in the December 2017 policy. In February 2017 policy, the RBI assumed a neutral stance by again keeping the repo rates unchanged.

The current policy is in tune with the recent RBI policy of keeping liquidity on a tight leash to control inflation. It has constantly averred that the lending rates are low enough but lending is not picking up due to a host of other factors including lack of demand for goods and services. This time, the RBI has also said that if increase in house rent allowance under the seventh CPC is finally approved and awarded, it could lead to inflation. Hence, the apex bank is not amenable to increasing liquidity in the system. It has also said that the combined effect of initial impact of conversion to GST and the met prediction of a weak monsoon may trigger inflationary pressures.

By allowing commercial banks to invest in real estate investment trusts (REITs), the RBI has given a huge boost to that segment of the real estate sector that deals in commercial properties. It has also allowed banks to open up a lucrative new avenue of earning. The move will also benefit real estate companies like DLF who mostly deal in developing properties for commercial uses. It will also lead to a jump in creation of infrastructure like warehouses, industrial parks and office complexes for commercial activities.

The RBI has issued a strong warning to governments writing off farm loans, as done by the UP government recently. RBI governor Urijit Patel said that it can discourage an honest credit culture and crowd out private borrowers. It is time to eschew loan waiver culture. The NDA government, of which the BJP is the major constituent, is rightly pursuing the path of fiscal consolidation in budget making at the centre. But if it allows state governments run by the BJP to indulge in blowing away public money at the scale done in UP, the budgetary fiscal consolidation will not amount to much. Additionally, it will have a disastrous effect on the balance sheets of already stressed PSU banks.