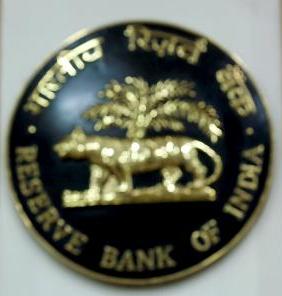 RBI and the State of the Economy

RBI and the State of the Economy

By our team of in-house writers. View all posts by this Author
No sooner had Raghuram Rajan cut repo rates by 25 basis points did the stock market go into a downward spiral, shedding 650 points Ã¢â¬" its biggest fall in a month. The market had expected a 50 basis point cut. But was the fall really due to the cut not measuring up to Dalal Street expectations or did the pent up frustration of many factors found a trigger in the RBI announcement? Did the market really expect RBI to go whole hog despite negative domestic and international signals?

These questions do not lend themselves to easy answers. The markets have seen companies report bad to atrocious Q4 results leading to a depressive mood. They have seen solid companies like Tata Steel skip dividend this year. They have seen banks putting out balance sheets where staggering amounts of loans have no chance of recovery. They have seen oil prices firming up. They have seen reduction in demand for white goods. They have read about delayed and weak monsoons. So how did they expect Rajan to go along with their expectations?

What Rajan has done is to follow the middle path. In line with decreased inflation, he has already cut rates three times this year. Now, as he has said, it is upon the government to say how it will tackle a poor monsoon before further rate cuts can be decided upon. This is prudent policy. For, poor monsoons will bring rising food prices in their wake and the first priority will then be to contain inflation. Also, if some states resort to the populist measure of writing off farm loans given the drought like conditions likely to emerge, the equation will change further.

As it is, despite the rate cuts, new investments are not being made as companies are wary of the overall economic scenario. The investments already made in several big ticket projects have bogged down bank balance sheets. For all practical purposes, they are dead investments until the government becomes proactive and boots out the current promoters of such projects. It has become a recurring racket to go into big projects with inflated project cost, garner huge loans from banks, take out as much as one can through various mechanisms (like over invoicing of project inputs, raw materials etc and other subterfuges) and make the project sick. Then, ask for more loans. The government should put a stop to this once and for all.

Rate cuts will serve no purpose in the current scenario. For, it is not likely that the banks will pass on the benefit to the customers, saddled as they are with bad loans and decreasing profitability. There might be relief in high profile sectors such as housing loans, but overall lending rates, especially for industry, are likely to remain the same. There are no good quality borrowers and the banks are wary of lending to every Tom, Dick and Harry. Hence, RBIÃ¢â¬â ¢s paring of growth estimates for the current year is also correct. A lot now depends on how the rain gods bless the parched fields.