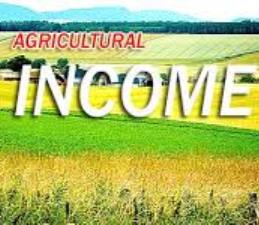 Pseudo Agriculturists Must Be Exposed

Pseudo Agriculturists Must Be Exposed

One believes that it is not as much a question of taxing agricultural income as it is to plug the loophole being exploited by unscrupulous taxpayers to avoid paying taxes on dubious income being passed off as such. Since agricultural income is at present not taxed in income tax but just clubbed with other income for rate purpose, one can inflate ones income to any extent and yet pay a small amount of tax. This is resulting in a loss of huge revenue for the department.

The basic problem is that people who are declaring agricultural income are doing so with complete disregard to their land holding. If one were to collate their land holding with the income they show from harvesting crops, one would find that the yield per acre would set world records by huge margins. It is this misuse that has to be first stopped. Taxpayers who declare agricultural income for clubbing purpose must be made to give details of their land holding (both leased and owned), the crop sowed, the yield per acre and the proceeds from sale of such yield. There must be a standard yield per acre and crop price location-wise that must be followed by the income tax department to determine and fix such income (much like the circle rate for property tax). If this procedure is followed, much of the grey areas will vanish and the incentive to fudge income will fall in the face of details to be provided. Pseudo agriculturists need to be exposed.