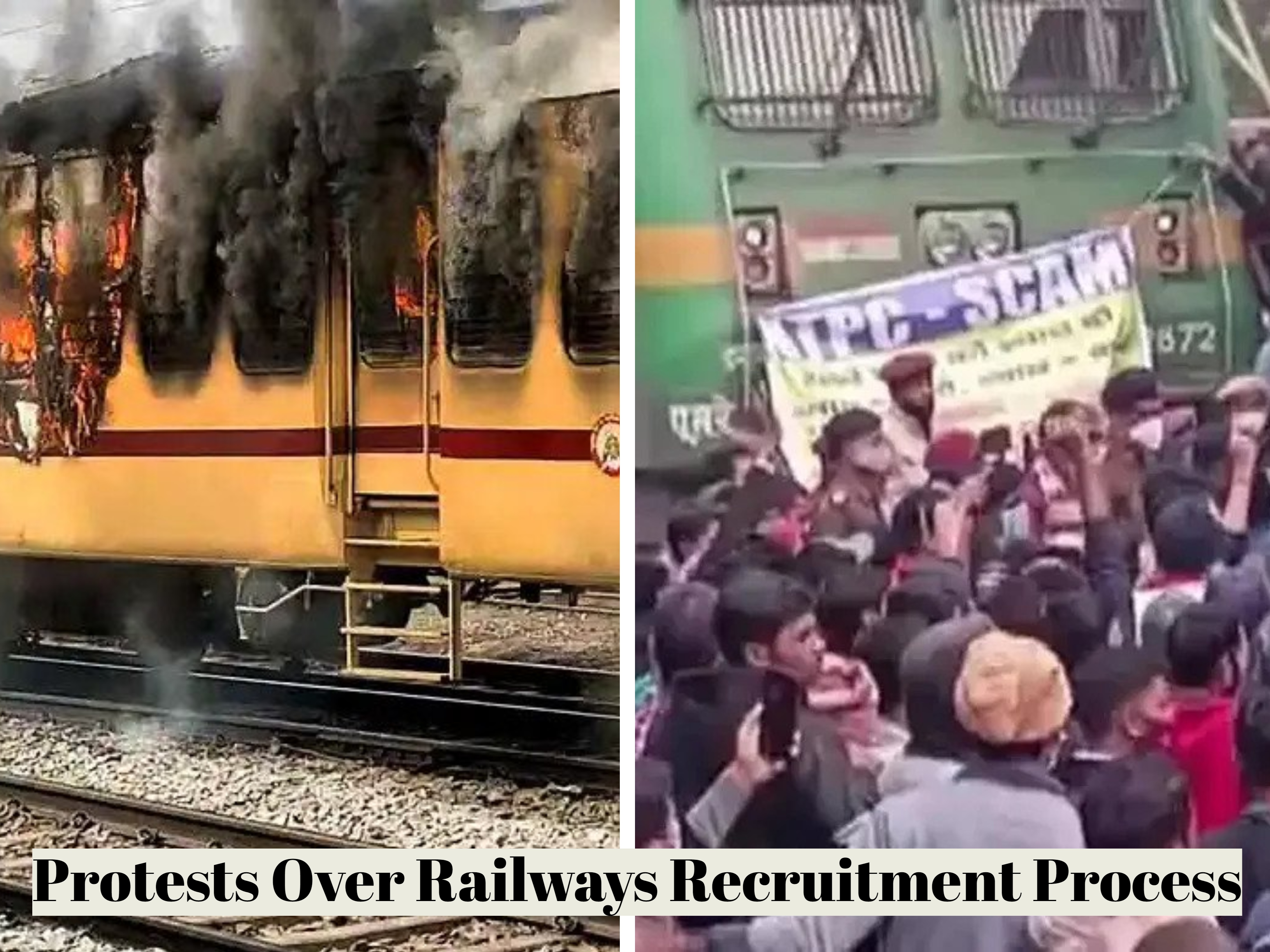 Protests Over Railways Recruitment: Pent Up Anger Over Unemployment Rate

Protests Over Railways Recruitment: Pent Up Anger Over Unemployment Rate

The India Commentary view View all posts by this Author

When more than 1.25 crore people apply for less than 40000 job vacancies in what the Railways call non-technical popular category posts, which includes junior clerk, train assistant, guard, time-keeper and station master with the minimum qualification of Class 12 pass, and only 3.8 lakh are selected to take the second round test, the ground becomes fertile for protests and resentment on a large scale. Without in any way condoning what the applicants did - resorting to violence and burning trains - what happened was mainly due to the huge unemployment that has engulfed the country in the last decade and has been exacerbated by the pandemic.

The Railways were in a difficult position as some candidates were eligible for multiple posts. Hence, out of the seven lakh applications selected for the second round test, the count stood at just 3.8 lakh applicants. The other applicants are now claiming that the short listing process was not scientific and has robbed them of an opportunity to take the test. The bulk of the applicants were from UP and Bihar and these two states witnessed violent protests.

Due to rampant joblessness, it has become routine for a disproportionately large number of people to apply for vacancies in any department and some of the applicants are much more qualified than the minimum requirement. The job market situation is such that a large number of aspirants are getting frustrated and opting out to look for other low-paying and casual jobs to make ends meet. The pandemic has reduced opportunities in the informal sector too. This is why the demand for more reservations in government jobs is growing and the demand for reservation in private sector jobs is also gaining momentum.

The government will have to take steps to rectify the situation by creating jobs, failing which the scenes witnessed in UP and Bihar will be repeated elsewhere in the country with growing regularity.