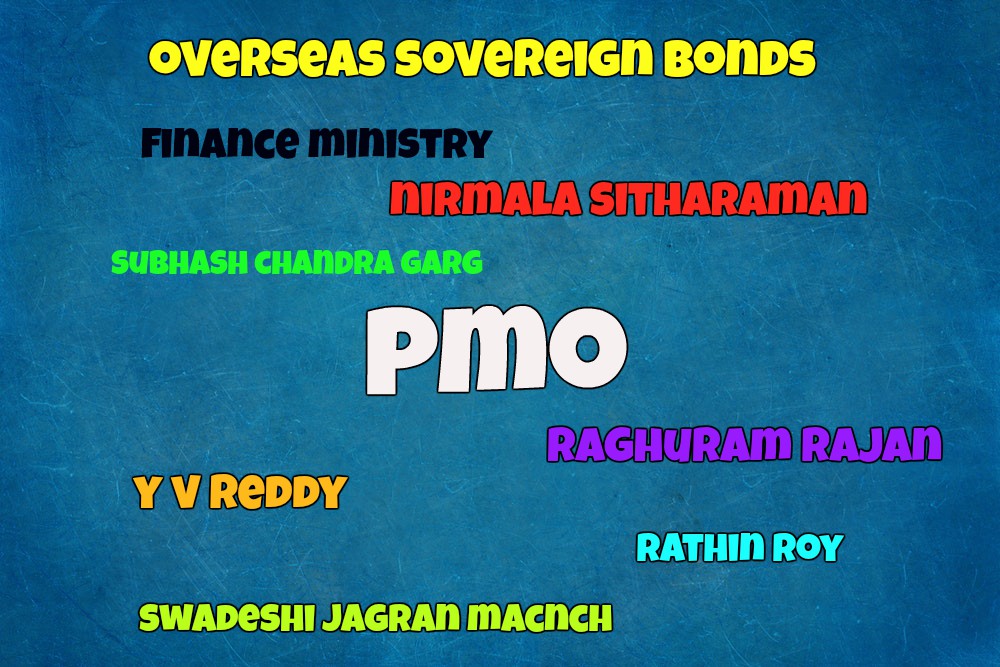 Is Subash Chandra Garg, the former finance secretary now shunted to the power department (he has since applied for voluntary retirement), being made the fall guy for the controversial proposal to float sovereign bonds to borrow from the overseas market as announced in the budget by Finance Minister Nirmala Sitharaman? The Telegraph has published a news story by R Suryamurthy on its front page that alleges that after criticism of the proposal from several quarters, the PMO has ordered a review and Garg is being made the scapegoat. It also hints that the proposal is most likely to be shelved. However, unnamed  government sources say Garg did not properly apprise the PMO of the consequences of borrowing through overseas sovereign bonds.

Experts, including former RBI governors Y V Reddy and Raghuram Rajan, are skeptical about the need and efficacy of adopting this route. While Reddy is of the opinion that these bonds are like sovereign liabilities in perpetuity, Rajan feels that the better way to get dollar funds would be to raise the cap for foreign investments in G-secs or government securities. Rathin Roy, a member of the Prime Minister's Economic Advisory Council, opposes the proposal because he says it will affect India's economic sovereignty and have disastrous macroeconomic consequences. Swadeshi Jagran Manch, the economic think-tank of the RSS, has also opposed the proposal.

It is surprising that Sitharaman could announce the proposal without extensive consultations within the government and with domain experts from outside. Normally a proposal of such importance (remember, India has not used this borrowing route ever before) is discussed thoroughly and even vetted by several government departments before being made public. Without going into the merits and demerits of borrowing in overseas markets by floating sovereign bonds, it needs to be stated that just an idea that was not properly discussed or approved should not have found a place in the budget announcements. It gives the impression that decisions are being made arbitrarily.