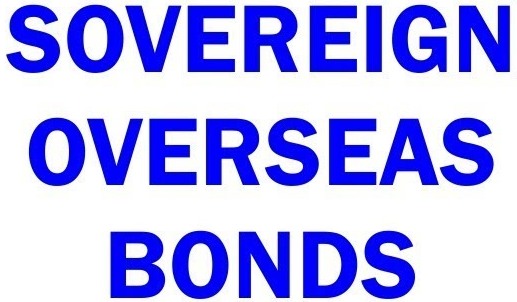 Overseas Bonds: Are They As Bad As Made Out To Be?

Overseas Bonds: Are They As Bad As Made Out To Be?

Prime Minister Modi's remarks about the huge liquidity in global financial markets and the reduced cost of borrowings if funds are accessed from such markets signals a growing realization in the higher echelons of government that the liquidity crisis being faced by the government can be overcome by borrowing at low cost in the global markets. In fact, finance minister Nirmala Sitharaman had announced plans for issuing sovereign overseas bonds to part-finance the ambitious investments in the infrastructure sector. But the idea got embroiled in controversy after a lot of experts (and some non-experts too), including two former RBI governors, pointed out the pitfalls and Subhash Chandra Garg, the former finance secretary who first mooted the idea was shunted out. For all practical purposes, the bonds were put on the backburner. But Modi's recent remarks signal that the government might yet adopt this route.

So are sovereign overseas bonds as bad as they are made out to be? Yes and no. Yes, if the government indulges in excess and tries to borrow a major part of its requirement through these bonds. No, if it keeps it within 20% of its total borrowings. People who show the example of Latin American countries that went bust after issuing overseas bonds often show one side of the picture. They suffered because they got greedy and started borrowing more than 60% through this route, exposing them to speculators once the liquidity of the bonds diminished as their economies were not robust enough. If India borrows up to just 20% through this route, one feels that given its strong macro-economic fundamentals, it will be a very cost-effective route for it. The only area of concern if the large fiscal deficit but perhaps issuing overseas bonds will instill a measure of fiscal discipline in handling government finances.

Along with this, the government must also look into the suggestion of Raghuram Rajan, the former RBI governor, who feels that the investment cap for foreign investors on G-Secs, or government securities, should be raised to get more, and similarly low cost, funds in foreign currency. One feels that both these routes can be adopted simultaneously to get better results. The only problem would be if overseas investors are not interested. There are already reports that institutional investors in Japan (India is planning to issue bonds for the yen and euro markets) might not be fully interested in such a big-ticket bonds issue at this juncture. Hence, the government must study the market conditions in detail before rushing-in with the issue.