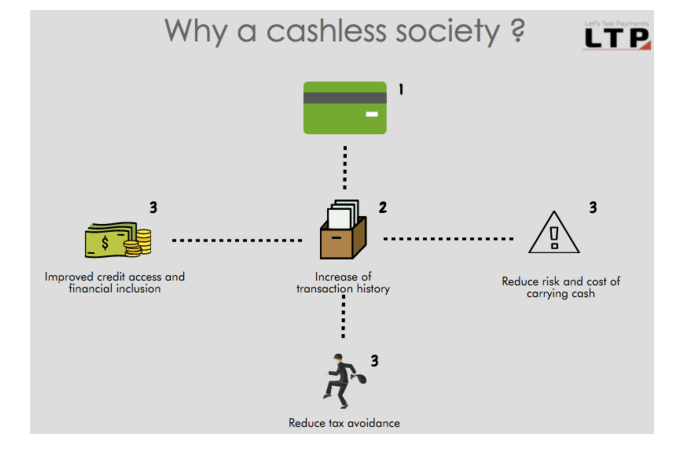 Noteban: Cash Must Now be a Dirty Word

Noteban: Cash Must Now be a Dirty Word

Bowing to public and political pressure and perhaps realizing that its latest stricture on depositing banned currency notes in bank accounts was a little too much, the RBI has now modified the same. Amounts above Rs 5000 will be allowed to be deposited without filling up any form or an enquiry in all accounts that are KYC compliant. This actually is just a face saving remark as no amount was allowed to be deposited in any non-KYC compliant account since November 10 announcement of noteban. But whatever, both the RBI and the government need to be congratulated for giving an ear to public outcry and amending/easing a rule that was blatantly stupid.

On noteban, convoluted logic is being applied in every decision the government is taking. Right from printing more Rs 2000 notes (instead of Rs 500) and changing their size (which necessitated recalibration of ATMs) to the recent circular, the government seems to be moving in a haphazard manner. Since the exercise was conducted with a host of benefits in mind, changing of goal posts from one to another as per the situation was understandable. But continuous administrative bungling cannot be tolerated. In a country as big as India where a lot of sectors are totally dependent on cash, the problem of change  and hence the need for more Rs 500 and Rs 100 notes  should have been anticipated. Even if the announcement had to be advanced due to fear of leakage, continued printing of Rs 2000 notes was unpardonable.

With almost all of the Rs 15.5 lakh crore in banned Rs 1000 and Rs 500 notes expected to be banked by December 30, the focus should now be on catching the cash hoarders and those who have deposited more than their known sources of income or savings. The government has many tools at its disposal, including the much touted big data mining. It should put them to use to identify and punish those who have been looting the country by evading or avoiding paying taxes. It should try to bring the sectors that traditionally rely on cash in the banking net. It should identify new tax payers. All this is possible now as people who have never deposited more than Rs 20000 in their bank accounts are sitting pretty with deposits in excess of Rs 2 lakhs. Explanations need to be sought from them about the source of their money, but without unleashing an inspector raj and sparing the honest tax payer. Demonetization will be a huge success if the Indian love for cash is quashed, more people start using banking channels and more often, a sizeable number of tax evaders are identified, luxury items costing above a lakh of rupees are not purchased in cash but through banking channels and with PAN numbers and transparency in the governments dealing with the public becomes the new norm.

The biggest challenge before the government post noteban will be to convince rural India and the agricultural mandis to adopt cashless means of transaction. The poor farmer who sells his produce to a middleman is not likely to accept a cheque or bank draft as payment for a number of reasons, the biggest being that the nearest bank branch might be 30 to 40 kilometres away from his village. Rapid expansion of branch network  with maybe one branch every 10 kilometres  maybe the answer but it will be a herculean task and will require enormous investment. But only banks can ensure that the farmer is not dependent on the village moneylender and banks his money. The government has to apply its mind in this regard, for without proper banking facilities, cashless or even less-cash India can exist only in dreams. If cash is still allowed to rule after the pains of noteban, the cash pile after 10 years or so will be even greater and it will be next to impossible to control it then. The fear of a cashless regime is only in the minds of those who fear that their transaction history will be traced. Honest people have nothing to fear. We can make a start by making urban India less-cash first and then cashless. Simultaneously, rural India must be readied for the transition.

The first thing to be done is to reduce the quantum of high denomination notes in the economy (the Finance Minister has already hinted about this). At 86% of the total currency, the number of Rs 1000 and Rs 500 notes were too high. Ideally, now the Rs 2000 and Rs 500 notes should remain at 60% of the total currency in circulation. Political funding and spending reforms must be undertaken with a vengeance. The same should be done for temples and trusts that accept anonymous deposits in their hundis. Taxes must be reduced further to increase compliance. If the cost of non-compliance becomes greater than the tax, people become honest by force. It is better to collect more at reduced rates from a larger number of people. It is absurd that only about 3 crore people file tax returns in India and only about 10 lakh report an income of Rs 10 lakh or more. Out of this, just a laughable 18500 report an income of Rs 1 cr or above. The tax net needs to be widened immediately.

Then, something needs to be done about cash deposit or withdrawals above a certain amount in bank accounts. Putting a transaction tax on the same is one way, but it has no deterrent effect. Those indulging in nefarious activities will continue to do so by paying a small tax. There has to be another way to deter frequent deposits and withdrawals. Right now, online deposit of tax returns does not require one to file his or her balance sheet. This has allowed everyone to deposit banned notes by cooking up cash in hand in their balance sheets. Even if submitting balance sheets is impractical online, an additional column in all tax returns that require one to specify the amount of cash held at the end of the financial year should be added. The system or the tax officer must raise a query if a huge sum is held as cash and an explanation must be sought from the tax payer. These are just ideas that the administration can consider. There are many other such loopholes that need to be plugged. Help of the Chartered Accountants institute can be taken in this regard. The bottom line is that if the government is not able to plug tax leakages and induce rural Indians to bank their money, there will be no gains from noteban.