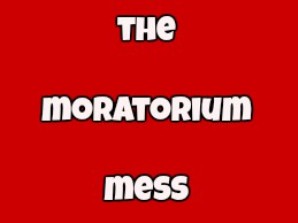 At last, the Supreme Court put its foot down and directed the Centre to explain its position in detail within a week  regarding the relief actually being given to borrowers for the interest component of loans during the moratorium period and whether it had accepted and implemented the Kamath committee report. The apex court was left with no option when it found no transparency in the Centre's decisions on the matter. The court said that the affidavit filed by the Centre had failed to "deal with several issues raised by the petitioners".

It criticized the government and the RBI for not taking any concrete action for this. The court said that "no consequential  orders or circulars" have been issued by either the government or the RBI to enforce the decisions purportedly taken by the Centre.

The court has hit the nail on the head. Many small borrowers have started complaining that their credit ratings have been downwardly revised in August and September for their failure to pay loan EMIs although they had availed of the moratorium offer. This is in direct contravention of the Centreâs decision when announcing the moratorium that credit ratings will not be affected. If credit ratings fall, these persons will wither not be able to borrow in future or will have to borrow at a much higher rate of interest.

Then, the Centre had announced that those borrowers who were still not able to pay their back EMIs due to business not picking up would be allowed a one time restructuring of loans. But banks have been refusing requests for restructuring and have even started sending legal notices to borrowers to clear outstanding dues.

It is clear that there is a huge gap between what the government says and what the banks are actually doing. This is mainly because of lack of communication: there is no clear policy regarding the matter and whatever has been decided is on paper only as no orders or circulars have been issued by either the government or the RBI directing the banks to implement the policy, if there is one.

It must also direct credit ratings agencies to reverse the ratings downgrade they have done for borrowers in August and September. In fact, the ratings must not be downgraded until the matter is finally decided by the apex court. For, relief for borrowers must also include relief from being branded defaulters and getting their credit ratings downgraded for availing a relief announced by the government.