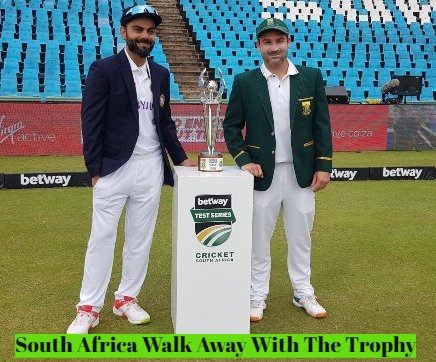 There was no anti-climax on the fourth day. The script was written on the third day itself when yet another batting failure by India left South Africa with just 212 to get and they managed to reach 101 for only two wickets. Yet, for the diehard Indian fan there was hope that the team would up its game, the bowlers would somehow get back the menace and would not let the hosts reach the target. But that was not to be as first Keegan Petersen (who is fast emerging as the batsman to watch)and then Van der Dussen and Temba Bavuma played brilliantly and took them home without breaking much sweat.

After the game, Virat Kohli said that "there is no running away" from repeated batting failures. But is the team seriously doing anything about that? In the last game, form dictated that either Pujara or Rahane or both be dropped and Hanuma Vihari be retained and Shreyas Iyer given a game. But it did not happen and Rahane cut a sorry figure in both innings. That in a way was responsible for the batting failures in both innings of the last Test. Then, with Ashwin not effective on the South African tracks and not contributing with the bat, Ishant Sharma could also have been included in his place.

India has much to learn from the failures on this tour. It underperformed and never played to potential. The hunger to win was somehow missing. The South Africans are going through a transition phase and it was largely an inexperienced team that they fielded. Yet they managed to turn the tables on a star-studded and experienced Indian team in two Tests and won the series. India could not create history by winning their first Test series in South Africa.