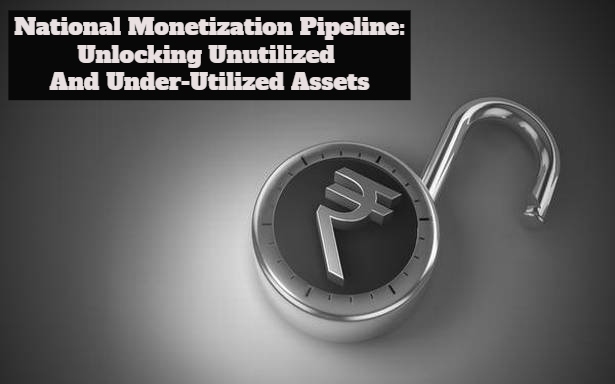 National Assets Must Be Monetized

National Assets Must Be Monetized

Finance Minister Nirmala Sitharaman and Niti Aayog CEO Amitabh Kant today announced the National Monetization Pipeline (NMP) worth Rs 6 lakh crore in four years till 2025. The plan will cover unutilized and underutilized assets in sectors such as railways, roads, airports, mining, power transmission lines and gas pipelines. In India, government assets are a very sensitive issue. Any attempt to monetize, let alone sell off, any asset is instantly compared to a financially stressed person selling his or her family jewels. Indians hoard gold and ornaments and are averse to sell them as it goes against family prestige. Similarly, they see any attempt by the government to monetize any national asset as going against national prestige.

But times have changed. Gold loans have unlocked the value in unutilized and underutilized assets of families and have provided them money at low cost to tide over temporary difficulties. It is now considered foolhardy to keep assets locked and not monetize them if needed. Similarly, national assets which can bring in much needed money for building more assets or funding welfare schemes cannot be allowed to remain unutilized. Yet, knowing the sensitive nature of the issue, the government clarified that it was not selling any assets but was only handing them over to private operators to exploit them commercially and pay the government a fee as decided at the time of the agreement. The private players will get time-bound lease, so to say, and will hand back the asset to the government on the completion of the agreement period.

It is excellent that the government has come up with the NMP. There is no doubt that there are thousands of national assets which are languishing. They were built at huge cost and have the potential to bring in much needed revenue. Hence, identification and utilization of assets which can bring in money but have been kept idle or underutilized is a sensible thing. Often, the government is unable to properly monetize assets due to various reasons, not the least of which is bureaucratic apathy. The little money which comes in is also siphoned off in various ways. Hence, if private players give an upfront or yearly fee which brings in the true value of the assets and is more than what is being earned now, it is good. Once there is proper utilization of these assets, the yearly revenue will keep on increasing.

The only risk is that these assets might be handed over to cronies of the ruling dispensation which often happens in such cases when rules are bent and favoritism and nepotism rules on pulling of political strings. The government has to ensure that in monetizing the assets no such thing happens and the most qualified person or company, which can provide the maximum returns to the nation, is given the lease. Hence, it is imperative that the terms and conditions for leasing the assets are kept simple and the bidding process is transparent and clear. If done properly, this initiative has the potential to unlock the value of national assets like nothing has done before. But at the same time, if rules are bent the whole process will become a cesspool of corruption and a favoured set of people will benefit. Then, the nation might also not be able to unlock the true value of the assets.