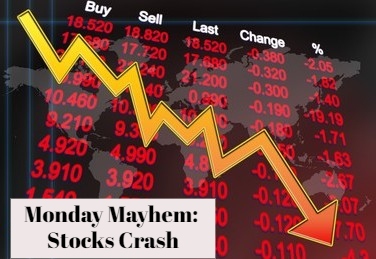 There was bloodbath on Indian bourses on Monday. Benchmark indices slumped by more than 3% in intraday trades before recovering slightly in closing trades. Yet they closed lower by over 2.6%.

When the third wave of Covid infections started in India, the markets remained nonchalant as it was clear that there would be no national lockdown and preventive measures would be limited to micro-containment and less restrictive local lockdowns that would be less disruptive for supply chains and the economy as a whole.

But now, with continued foreign funds outflow, negative sentiments in bourses worldwide, the upcoming US Fed review where it is widely expected that the Fed will start the process to squeeze out liquidity from financial markets and the hammering of IT stocks has meant that bears have taken over the markets.

Experts are seeing this as a correction as according to them the market was in the grip of bulls and some stocks were valued much above their actual worth. Some experts are also comparing it to the dotcom bust or the crash in 2008. Still others are saying that this correction will afford investors to pick up stocks at good prices.

But the fact remains that nothing fundamental has changed since January 17. Then why is the market behaving in this manner? Further, has the bottom been reached or will the equities slide further? These are questions that will trouble investors. Hence, it is better if investors follow the policy of wait and watch and keep tracking the movement of their preferred stocks before taking decisions.