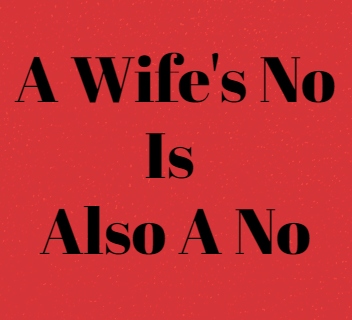 Marital Rape: The Government Has To Junk Its Regressive Mindset

Marital Rape: The Government Has To Junk Its Regressive Mindset

What happens if a husband has sexual intercourse with his wife against her wishes? It is rape, if the real meaning of rape is adhered to, for no means no even if it from one's wife. But in our patriarchal society and as per our laws, marital rape is not considered a crime and a husband is free to 'rape' his wife as and when he wants.

But the Delhi High Court has now asked a pertinent question in this regard. It said that it is at a loss as to how the dignity of a married woman is not affected in the same way as an unmarried woman if a man, even if he is her husband, imposes himself on her. The High Court said that "relationship can't put the offence on a different pedestal."

This is in direct contrast to what a judge on the same bench had observed in the same case only yesterday. In his preliminary remarks, Justice C Hari Shankar had said yesterday that the protection given to husbands from being booked for rape under the IPC may have to do with the "qualitative difference" between marital and non-marital relationships.

But the bench put it succinctly today when it said that the exception for husbands in section 375 of the IPC is essentially "a firewall and we are testing it". It added that "a woman doesn't lose the right to say no just because she is married".

The issue of marital rape is hanging fire for long. A solution will not be found unless the government discards the primitive, regressive and patriarchal thinking and affords dignity to women by allowing them the right to say no to their husbands by amending section 375 and removing the exception granted to husbands. For, courts can only interpret the laws - they cannot make them.