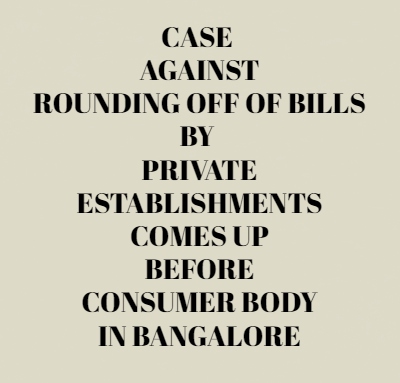 Man Sues Restaurant For Rounding Off His Bill Amount

Man Sues Restaurant For Rounding Off His Bill Amount

Although there is no specific law or circular for private businesses to round off bill amounts, the RBI had, as early as 1991, instructed all banks to round off all fractions of rupees in all transactions to the nearest rupee - meaning any fraction below 50 paise was to be rounded off to the lower denomination and above 50 paise to the higher denomination. It again issued a circular in 2014 to direct the NBFCs to do the same. The government of India also issued a circular and directed all departments to receive and pay bills by rounding them off. Hence, private establishments have also started following this practice and it is nothing new. It has been there since the last two decades or more and has come to be accepted as a fair commercial practice as the rounding off almost always balances out causing neither profit nor loss to the establishment. The customers might feel they are losing out in a single transaction but overall it balances out for them too. This practice is now being followed by almost all billers, including public utilities.

While any one can object and the establishment is bound to respect his objection, the problem is that the billing software is built in a way that it will automatically round off the bills. Hence, the staff has nothing to do in this regard. Further, normally everything is nowadays priced in whole rupees and there are usually no fractions involved. But when the bill amount is subjected to tax, the fractions crop up. The rounding off is done to avoid complications. Since it has become the standard operating practice, most customers have come to accept this. Hence, the above complaint seems to be a rare instance. However, it will be interesting to see how the consumer body rules in the absence of a specific law as it will have wide ramifications across many sectors.