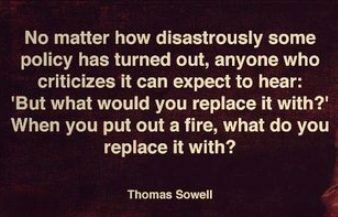 Latest Deposit Restrictions Must Be Taken Back

Latest Deposit Restrictions Must Be Taken Back

Editor-in-Chief of indiacommentary.com. Current Affairs analyst and political commentator. View all posts by this Author
When things move logically, people support even those initiatives of a government where they know that it has grossly miscalculated and is causing them immense hardships. Demonetization was one such move. Despite suffering the pain of not being able to withdraw their own funds from bank accounts, even in limits set by the government, the people were somehow largely supportive of the move as they thought it would lead to lessening of black money, corruption and terror funding. But with its latest restrictions that further amounts in banned currency notes can be deposited only once in bank accounts and any such deposit over Rs 5000 would entail enquiry as to why it was not done earlier, the government has lost a lot of public support for demonetization.

When demonetization was announced, the window for depositing the banned notes was given from November 10 to December 30. Now it was up to the people whether to deposit all their cash at one go or use the ample time to deposit it in tranches. Not all people are comfortable with going to the bank with a large amount of cash. If someone has Rs 5 lakh in cash, he would maybe deposit it on five occasions in batches of Rs 1 lakh each instead of risking it all at once, especially when he hears that rowdies roam near banks to loot people coming to deposit their cash. Also, banks were overburdened from day one and he would wait for queues to get shorter. Rules are being changed too frequently, giving demonetization a feel of something being done on a trial and error basis by a government that does not know what it is seeking.

Further, since the government is using big data mining to identify people who have deposited more in their accounts than their past transaction history allows, there is no need to restrict deposits. Also, since the I-T department is issuing notices to those who are depositing over Rs 2.5 lakhs (in some cases even to those depositing below this amount), it would be better to allow everyone to deposit what they want and then catch the tax evaders or avoiders. In any case, these restrictions are an invite for bank officers to go the corruption route and demand money from depositors for allowing them to deposit the funds in excess of Rs 5000. It also makes people lose faith in the RBI and the government. The government should immediately take back the latest restrictions and shift the bureaucrat who suggested them to the backwaters. Robert A Heinlein had said Government! Three fourths parasitic and the other fourth stupid fumbling. This government is turning out to be both parasitic and fumbling in equal measure.