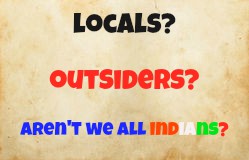 Andhra Pradesh became the first state in India to reserve 75 percent of jobs for locals in all private industrial units and factories, even if the units have taken no concessions from the state government. If the job advertised does not receive applications from locals due to the absence of skills required, units will be required to train locals along with the state government and then hire them.

This is clearly against the Constitution which guarantees equality of status and opportunity for all and prohibits discrimination of any kind, including on the basis of place of birth. It also goes against the order of the Supreme Court which capped reservations at 50%. But populist politicians care a hoot about the laws. They just want to build vote banks. Before Jagan Reddy, even Kamal Nath had proposed to reserve 70% jobs for locals in Madhya Pradesh. Some states already have a policy of reserving jobs for locals if units seek subsidies and tax breaks from the state government, with Maharashtra prescribing a high of 80% for such units. Gujarat introduced 85% reservation for locals in both public and private sectors as far back as 1995 but it was never enforced as no locals with the relevant skill sets were available for working in the ceramic, construction, textile, diamond and services sector.


The Andhra Pradesh government should realize that there are many jobs that locals do not prefer to do due to many reasons, mainly because they consider it below their status or they feel the pay is not good. Further, the time and effort spent in training locals for a particular job, if others job seekers with relevant skill sets are readily available, would make Andhra industry uncompetitive. Also, once jobs are reserved for locals in Andhra, there will be widespread resentment in the rest of the country if people of the state apply for jobs in other states. The gains of such a reservation will be far less than the harm it will cause.

Populist politicians like Jagan Reddy must acknowledge that the free market is the best leveler. If jobs are there and if locals have the skill sets, industries will always prefer to hire them as it brings many benefits in the long run. If industries are set up in a state, there cannot be a vacuum in the job market. Labour contractors bring in migrants only if locals are either not available or not willing to do the job. Hence, there are many issues that need to be examined before reserving jobs for locals. India must not become a parochial society but must provide equal opportunity to all Indians irrespective of caste, community, race, gender, religion or place of birth.